No, Atuk & Sons were not involved

Welder flies white flag, and the white knights ride in 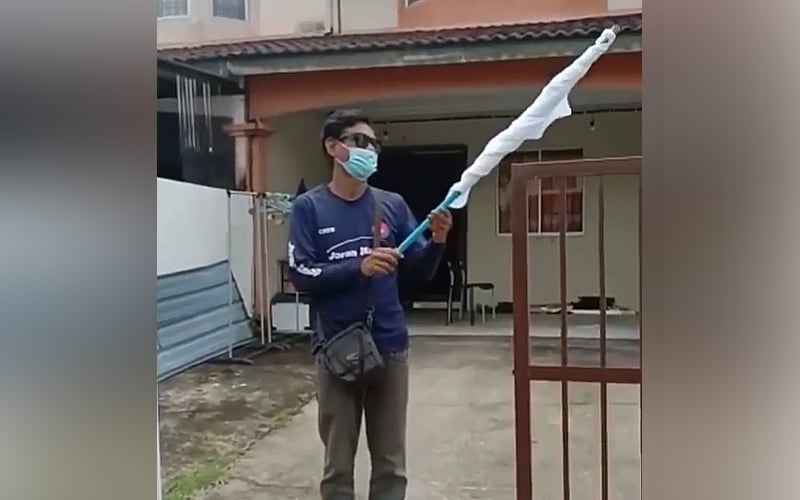 The 39-year old welder Zulkiflie Samsudin had been at his wit’s end when he flew the white flag but he’s a happy man now.

PETALING JAYA: He wasn’t sure if hoisting a white flag would bring help or if it was just a gimmick, but Zulkiflie Samsudin was desperate and did it for his pregnant wife and children.

Now, he’s thankful that he did.

The 39-year old welder from Kangkar Pulai, Johor – who lost almost half of his monthly earnings following the Covid-19 pandemic – had been at his wit’s end.

He couldn’t pay his rent and service his car loan, or even afford milk and diapers for his one-year-old son.

“I was sad that I could not provide for my family as the head of the household due to financial difficulties,” he told Harian Metro.

“So I flew the white flag after seeing the campaign on social media. Surprisingly, aid has been pouring in and I am able to support my family for months,” the Malay daily quoted him as saying.

His eldest, nine-year-old Putri Nur Zahirah, is a person with disabilities.

Zulkiflie also said that generous netizens were willing to settle RM800 in rent and a three-month car loan which came up to RM1,200.


He thanked all those who came to his aid, and said for now it was sufficient.

“I am grateful for all the help I received and hope Allah repays their kindness.”

A recent social media campaign has called for people to fly a white flag to signal to others that they are in need of immediate assistance, especially in terms of food, as the country remains in lockdown indefinitely.
Posted by KTemoc at 10:20 pm