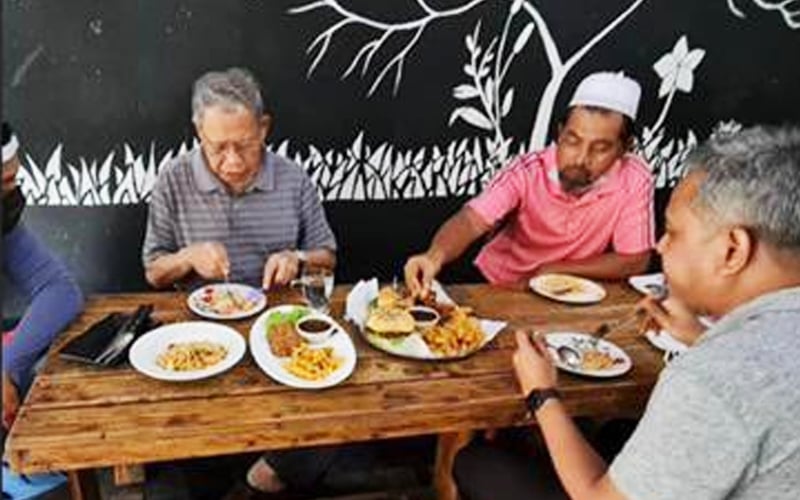 The cafe owner says he only showed the menu to Mustapa Mohamad (left) and that the latter spent only about 10 minutes before leaving.(Twitter pic)

KOTA BHARU: Police have recorded the statement of a cafe owner in Kalai, Jeli, about 108km from here, in connection with investigations into the alleged breach of Covid-19 prevention SOPs by economic affairs minister Mustapa Mohamed.

“After seeing a viral photo (of the incident), we called up the cafe owner to give a statement. Apart from him, police will call three other individuals (including Mustapa) soon to help in the investigation.

“The case is being investigated under Section 269 of the Penal Code and Regulation 17(1) of the Prevention and Control of Infectious Diseases Regulations (Measures within an Infection Area) 2021,” he told Bernama when contacted today.

Yesterday, Mustapa, who is Jeli MP, apologised for violating the SOP, saying he would leave it to police to take the appropriate action.

Meanwhile, AlFath Cafe owner Abdul Syafizi Sallah, 26, when contacted, said Mustapa had visited his shop to find out about his success in using social media in his business.

As an entrepreneur under the MyDigital initiative in Jeli, Syafizi has been receiving guidance since the end of last year on the best ways to conduct his business online amid the CK9 pandemic.

“The minister visited my cafe on Saturday to see for himself the success of this programme which has helped my business. He was very impressed as my sales are better than others.

“Regarding the serving of food, I had merely presented him the menu to show what the cafe offers. He spent only about 10 minutes at the cafe before leaving,” he added.
Related:

For attention of Malaysian ministers
Posted by KTemoc at 2:20 pm