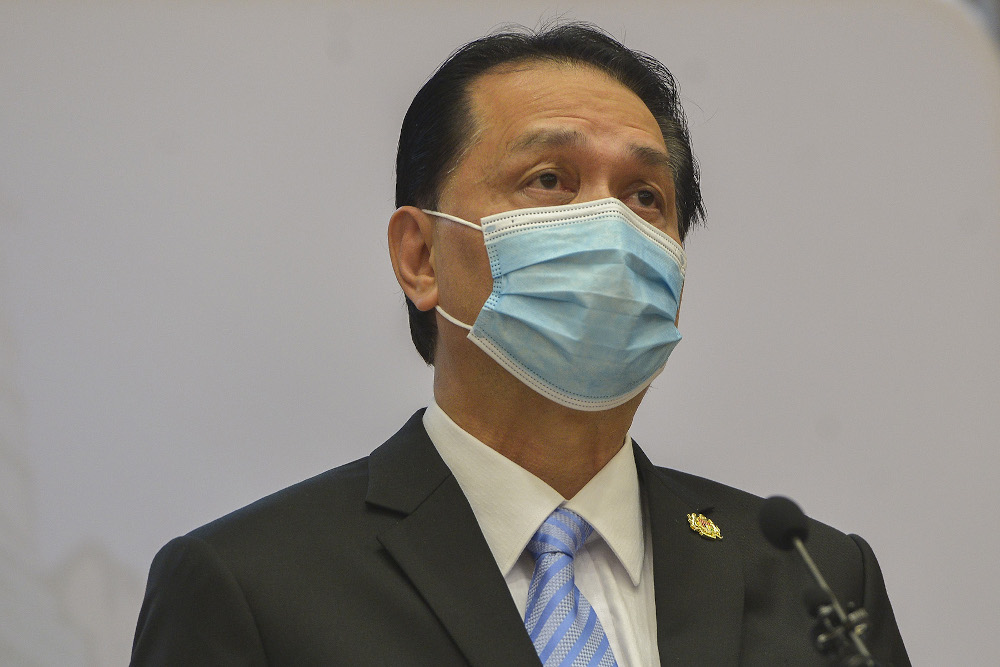 KUALA LUMPUR, June 30 — The trend of declining Covid-19 cases since June was reversed, based on the Health Ministry’s latest projection for infections to climb in coming weeks.

Dr Noor Hisham also reported that the current Rt was 1.04. This number must be below 1.0 for Covid-19 to be suppressed in Malaysia.

Based on the current trajectory of average cases, Malaysia was headed for 6,000 daily cases in the first half of July or the opposite direction needed for the country to exit Phase One of the National Recovery Plan (NRP).

The NRP has set daily case numbers as one of three indicators for when Malaysia could shift into Phase Two, with a requirement of below 4,000 new infections a day for this to happen.

The other two indicators were for at least 10 per cent of the population to be vaccinated, which has been met, and for demand on hospitals’ intensive care capacity to drop to “moderate” levels.

When Prime Minister Tan Sri Muhyiddin Yassin announced the extension of Phase One on Sunday, he stressed that Malaysia would not transition to the next phase until all three indicators of the NRP have been met.

Yesterday, Malaysia reported 6,437 new Covid-19 patients or a 23 per cent increase from Monday.

However, Malaysia was not alone in seeing recent spikes in Covid-19 infections, as several countries across the world were experiencing a similar phenomenon.

In some countries, the spikes have been attributed to the more infectious Delta variant of Covid-19.

Delta was previously the variant of concern (VOC) known as the B.1.617.2 that was first detected in India late last year, which the World Health Organisation then renamed using the current convention with the Greek alphabet.

Compared to the wild type coronavirus that triggered the pandemic in late 2019, the Delta variant was more efficient at latching onto cells once inside a person’s body and has been estimated to be over twice as transmissible.

It was unclear if Malaysia’s change in fortunes was also due to Delta, but Dr Noor Hisham said on Twitter that partial vaccination provided just some defence against this more contagious variant.