Book claims Gen Mark Milley yelled at Trump, prompting former president to yell back: ‘You can’t fucking talk to me like that!’ 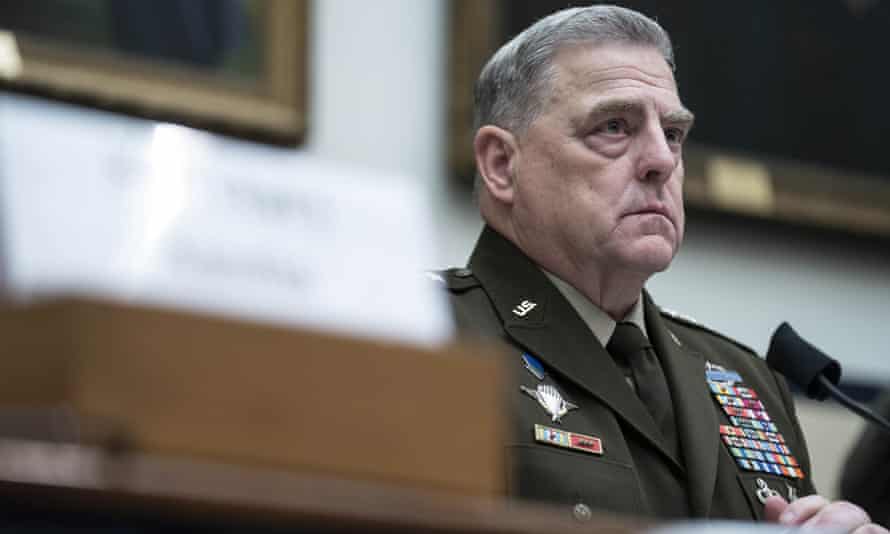 Gen Mark Milley, the chairman of the US joint chiefs of staff, reportedly “yelled” at Donald Trump that he was not and would not be in charge of the federal response to protests for racial justice, prompting the then president to yell back: “You can’t fucking talk to me like that!”

The shouting match in the White House situation room was reported on Monday by Axios, in another trail of a much-trailed book: Frankly, We Did Win This Election: The Inside Story of How Trump Lost by Michael Bender, a Wall Street Journal reporter.

Bender’s book will be published in August but it has been extensively previewed.

Milley made headlines last week when he clashed with Republicans over teaching concerning America’s history of racism – and for his pains was called “stupid” and a “pig” by Fox News host Tucker Carlson.

A previous excerpt of Bender’s work showed Milley resisting Trump’s urges to “crack skulls” and “just shoot” protesters marching for racial justice after the murder of George Floyd by a police officer in Minneapolis.

The exchange reported by Axios concerned command authority. Milley, Bender writes, told Trump he was an adviser but could not command the response.

“Well, I’m not in charge!” Milley is said to have “yelled” back.

“You can’t fucking talk to me like that!” Trump reportedly shouted.

Bender reports that Milley told advisers gathered in the situation room: “Goddamnit. There’s a room full of lawyers here. Will someone inform him of my legal responsibilities?”

William Barr, then attorney general, is said to have backed Milley up.

Trump denied the exchange, a spokesman calling it “fake news” and saying Bender, who like scores of other authors interviewed the former president for his book, “never asked me about it and it’s totally fake news”.

“If Gen Milley had yelled at me, I would have fired him,” Trump said.

It has been widely reported that Trump wanted to invoke the Insurrection Act, a historic piece of legislation to deal with domestic unrest most recently used during the Los Angeles riots in 1992. It was not invoked but the New York Times has reported that aides drafted an order. Milley reportedly opposed use of the act. 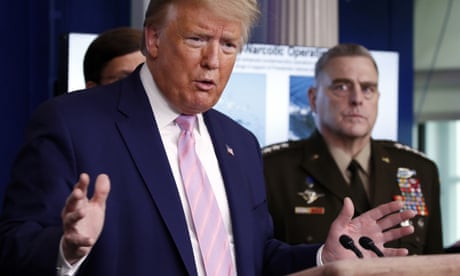 On 1 June last year, Trump raged at governors on a conference call, telling them to “toughen up” in response to protests which sometimes turned violent.

“If you don’t dominate your city and your state, they’re going to walk away with you,” Trump said. “In Washington we’re going to do something people haven’t seen before.”

Milley and other aides subsequently accompanied Trump on a controversial walk across Lafayette Square outside the White House, which had been violently cleared of protesters, to stage a photo-op at a church.

“I should not have been there,” he told students at National Defense University. “My presence in that moment, and in that environment, created the perception of the military involved in domestic politics.”
Posted by KTemoc at 4:00 pm