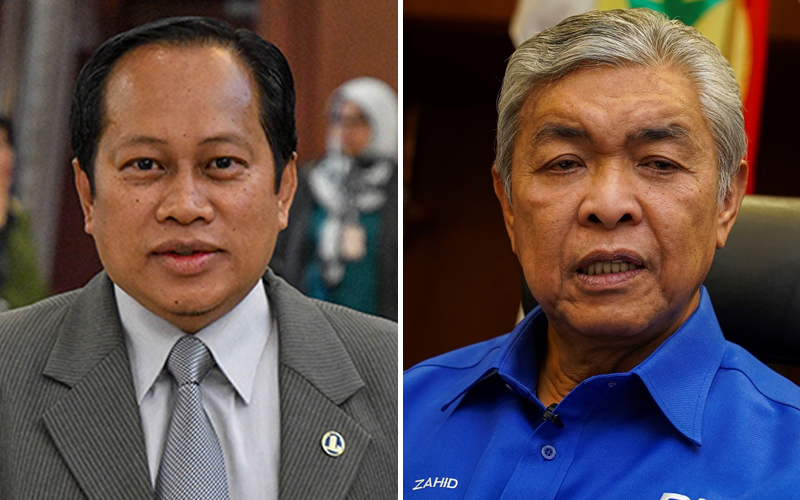 Umno secretary-general said that the decision to issue the ultimatum was made by 25 members of the political bureau and was announced by party president Ahmad Zahid Hamidi a day later.

PETALING JAYA: Umno secretary-general Ahmad Maslan has come to the defence of his party president Ahmad Zahid Hamidi, saying that the 14-day ultimatum given to the government to reconvene Parliament was a collective decision by its political bureau.

In a tweet, Ahmad said that all but one of its 26 members had attended the virtual meeting on Sunday.

The next day, Zahid had released the statement on decisions made at the meeting, giving the government two weeks to call for a Dewan Rakyat sitting.

“Zahid Hamidi’s style when it comes to big decisions is for it to be made collectively,” he said.

Ahmad’s statement came hours after the party’s other vice-president, Ismail Sabri Yaakob, said the call to reconvene Parliament was not made by the Umno supreme council.

The senior minister said it was the opinion of the party’s political bureau.

Another supreme council member Shahidan Kassim had also joined in, saying Zahid did not know his facts as a 28-day notice was needed for a Parliament sitting to be called.

Yesterday, Zahid issued the ultimatum to the Perikatan Nasional-led government, adding that failure to reopen parliament would be “viewed as insolence towards the Yang di-Pertuan Agong”.

Last week, the King said he wanted Parliament to reconvene as soon as possible.

Prime Minister Muhyiddin Yassin has previously said that Parliament can reconvene in September or October if the daily Covid-19 cases drop to below 2,000.
Related:
GE15 may be after "APEC"
😂😁😂
Posted by KTemoc at 9:29 pm