Sim (right) extended help to Ah Soon who wasn’t able to make a living and pay off debts after repeated economic shutdowns. —Picture from Facebook/Steven Sim

PETALING JAYA, June 30 — Repeated lockdowns during Covid-19 are pushing hawkers like Ah Soon over the edge as a result of destroyed livelihoods.

Not only was the food vendor unable to generate income but he was also burdened with debts after his business folded.

He wasn’t able to pay for his house and stall’s rent, motorcycle, water and electricity bills for the past four to five months.

He was even forced to sell his washing machine and fan to afford meals. 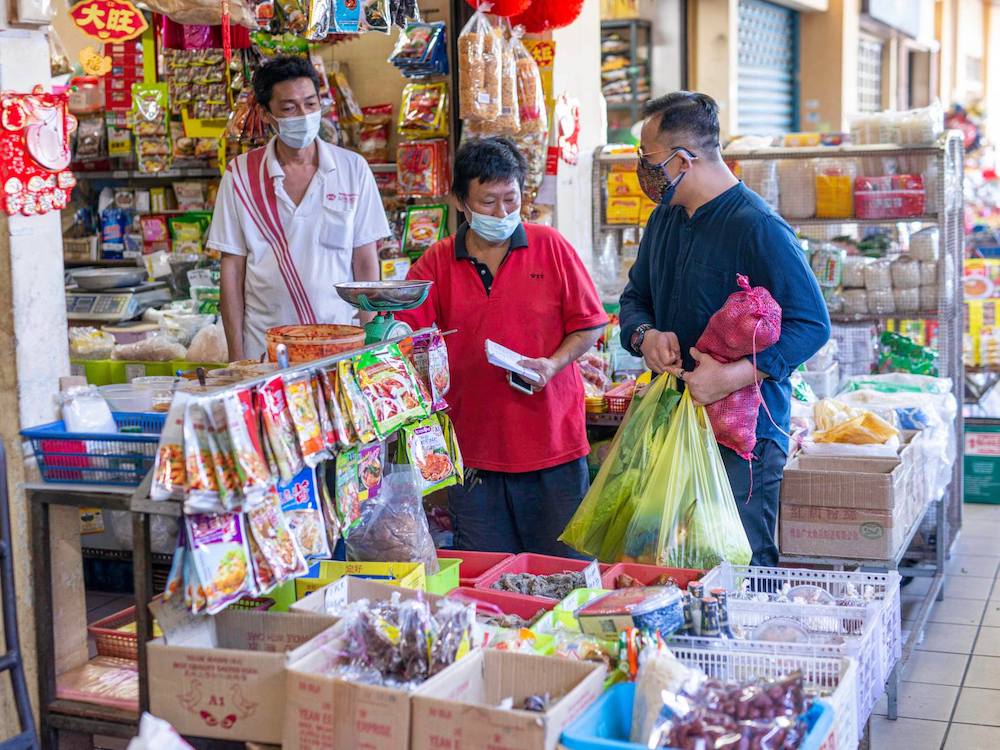 Sim took Ah Soon to buy ingredients to prep for his new stall’s opening this evening. —Picture from Facebook/Steven Sim

Sim met the hawker after he placed a white flag outside his home yesterday to signal distress.

The #benderaputih movement, or white flag, is an initiative that began to help those in dire need of food and essentials without having to beg for help.
The lawmaker visited Ah Soon this morning, describing the small business owner as someone who has given up.
“I just want to make a living. I can work but how am I going to work for it in these conditions,” he told Sim.

Upon hearing Ah Soon’s distressing plight, Sim offered to pay up his debts and got the hawker a new stall, saying he will bear the cost until the end of the year.

“As long as Ah Soon can start a new life and keep fighting,” Sim wrote.

“We spoke for more than an hour. When I asked him what he’d like to put on the menu, his eyes lit up.”

Sim then brought the passionate hawker to the market to buy the ingredients and announced that the new stall would begin operating today.

Ah Soon also said that he would cook a meal for Sim at his new stall tonight.

“He couldn’t believe it, he kept saying thank you.

“I made him promise three things – to not think of giving up, to help others when he can and to cook me dinner this evening because I want to try the menu at his new stall,” wrote Sim.

He added that the white flag movement demonstrates the hardships Malaysians are facing amid the economic disruption. 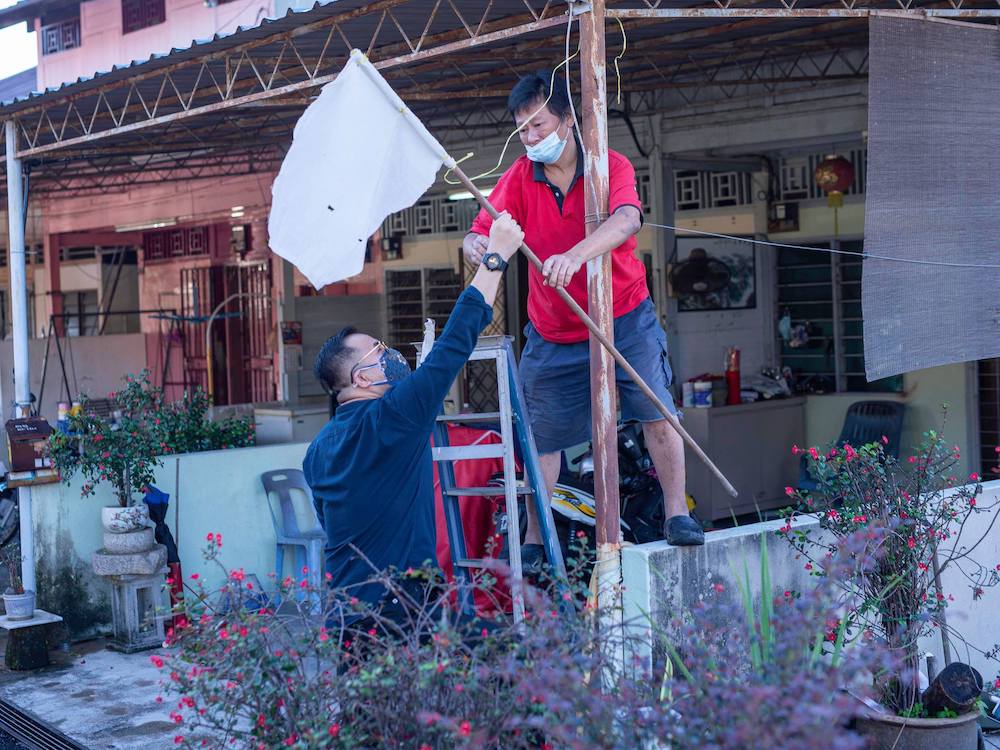 Ah Soon takes down the white flag outside his home after hope is restored following months of financial hardship. – Picture from Facebook/Steven Sim

Sim urged Malaysians who cannot make ends meet to reach out to him for help.

“In just a few hours Ah Soon was back on his feet, he even took down the white flag outside his house.”

He concluded his post asking Malaysians to not give up and that there is always hope.