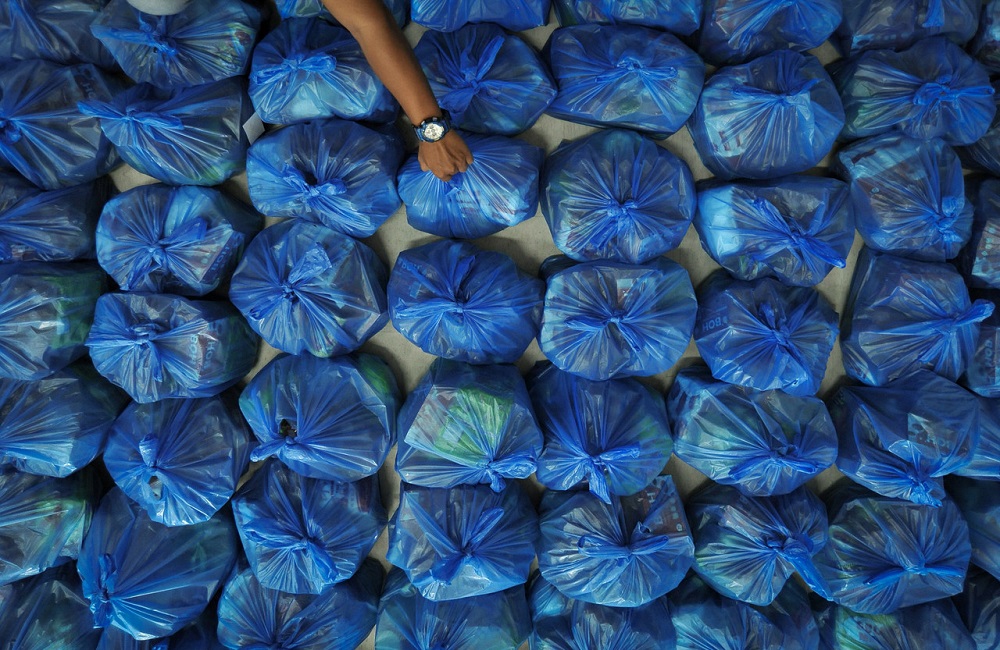 Food baskets are seen at the Welfare Department in Labuan October 23, 2020. Malaysians on social media urge those in need of food and essentials to a white flag or cloth outside their homes. — Bernama pic

KUALA LUMPUR, June 29 — Malaysians on social media have come up with the #benderaputih (white flag) movement for those in dire need of food and essentials to indicate this to neighbours without needing to beg for help.

The movement suggested that those who desperately needed assistance fly a white flag or cloth outside their homes, which would let those able to help know which households could be facing extreme difficulties.

The initiative arose amid growing reports of Malaysians being pushed to their breaking points by the near-total and indefinite closure of the economy due to the pandemic.

“Raise a white flag at your home if you need help with food and essentials. Do not take action that will hurt you and your loved ones.

“Avoid stress. No need to beg or humiliate (yourselves). Just fly a white flag. Please let there be those who will help,” said one poster promoting the #benderaputih movement.

Malaysians online have slowly begun adopting the movement and spreading it, with some describing the initiative as “heartwarming” and timely.

Others emphasised that waving a white flag should not be interpreted in its traditional sense of indicating defeat or surrender, but to view it purely as a means to signal their need for support.

Across the world, flags have traditionally been used to signal distress, such as by tying them in a knot or by flying them inverted.

The initiative appeared to be the latest incarnation of the #kitajagakita (we’ll take care of each other) movement that took root briefly at the start of the pandemic last year, but which was later abandoned when it was co-opted by the government.

Over recent weeks, tragic reports have emerged of Malaysians being forced to and past the brink of despair due to their loss of livelihoods as a result of the strict measures implemented to suppress Covid-19 in the country.

Since June 1, Malaysia has been in Phase One of the National Recovery Plan in which only approved essential services may operate. This was initially meant to last two weeks but was now set to go on for at least six weeks or until daily Covid-19 cases dip below 4,000.

The Pemulih package was presented as being worth RM150 billion, including the value of deferred loan repayments under a new six-month moratorium as well as Malaysians’ retirement savings they were allowed to withdraw until the end of the year.