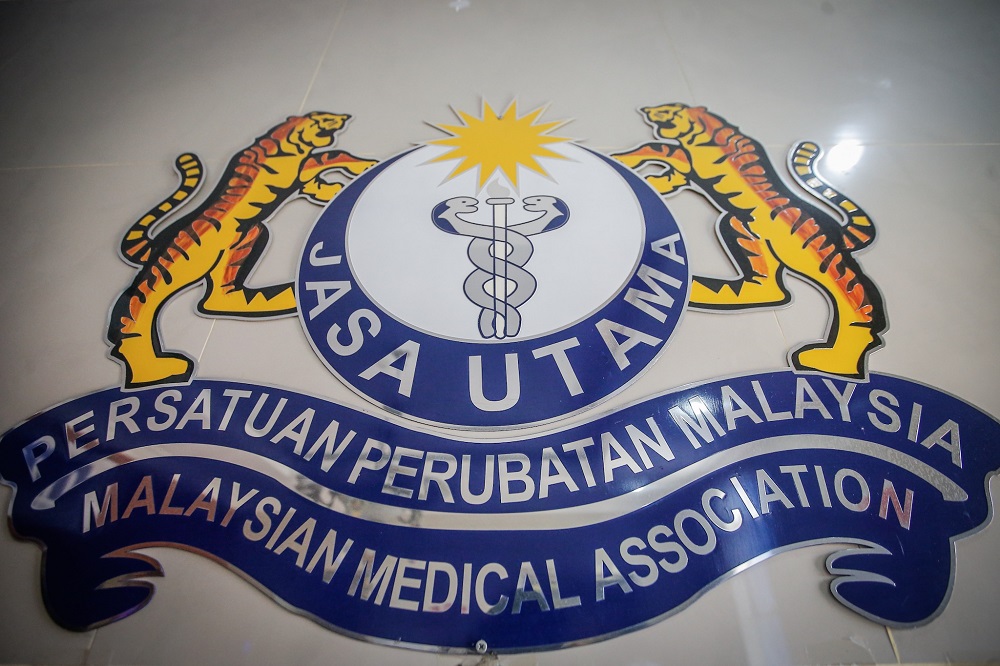 The Malaysian Medical Association emblem is seen at their headquarters in Kuala Lumpur November 13, 2019. — Picture by Hari Anggara

Its president Datuk Dr Subramaniam Muniandy said ethnic and religious criteria should never be used in the selection by the Minister of Health (MOH), stressing that the country needs the best and brightest talents from all background.

“All doctors are trained to treat every patient equally, no matter their race, religion, creed, ethnicity, socioeconomic status, and as such, we expect the MOH to do so in the treatment of its staff as well.

“The recent statement referred to a suggestion to ‘ensuring medical graduates especially from Bumiputera could serve as permanent officers’. This is discriminatory and is an insult to the efforts and contributions of all Malaysian doctors serving its people, especially during this Covid-19 pandemic,” he said in a statement today.

Dr Subramaniam said MOH should make the evaluation to offer permanent posts to the contract officers transparent in order to ensure such practice does not happen.

He also urged the government to play a part in uniting the people and not make any measures that would sow discord amongst them by favouring certain ethnic groups and religions.

On June 23, Umno’s Dr Adham said that the government has never stopped taking medical graduates for medical training even during the pandemic.

He said that in response to the views submitted by the Malaysian Public Health Medical Association and the Malaysian Islamic Doctors Association that the government review the recruitment of new medical graduates to serve in the MOH.

The view is proposed to ensure that medical graduates, especially among Bumiputeras, can serve on a permanent basis and further reduce the unemployment rate in the professional field in the country.

Since the pandemic began, contract doctors’ issues have become a hot debate within the medical profession.

It was reported that more than 23,000 contract doctors in government service and who had graduated since December 2016, have not been automatically absorbed into the permanent scheme, as it was done in the past.

Most of them have had their contacts extended till the end of 2022, but the uncertainty over their future employment still remains.

Some doctors and organisations in the profession had argued that with more than 4,000 doctors graduating each year, the problem facing the contract doctors will only be compounded as the years go on — if the government does not find a permanent solution.

In response, a strike among contract doctors are being planned next month
Posted by KTemoc at 8:33 pm