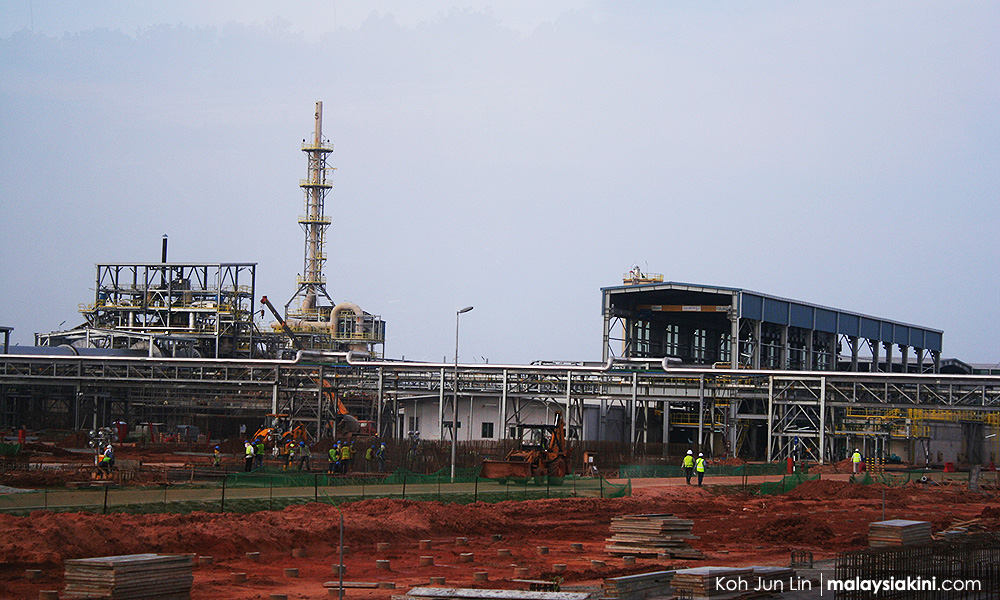 MP SPEAKS | As the expiry of Lynas’s operating licence looms near, Water, Land and Natural Resources Minister Dr Xavier Jayakumar and his ministry’s officials have heightened their advocacy for the rare earth industry, constantly making use of the fashionable green term “sustainable”.
Sustainability is about the ability to regenerate and thrive. And mining is not a “sustainable” economic activity. The only “sustainability” observed in mining is the irreparable damages done to the environment or biodiversity.
The Raub Australian Gold Mine in Bukit Koman and the Mamut copper mine in Ranau, Sabah, are two living testimonies to this. Therefore, I hope the term “sustainable” will not be abused and misused as it could be seen as an attempt to mislead the people.
Another favourite narrative used by minister Xavier, and by another minister, is the so-called huge potential of the rare earth industry. Without a detailed study and plan or environmental accounting done, they claimed that this industry is worth RM100 billion over a 10-year period.
I think this habit of “plucking figures out of the air” is highly irresponsible for a minister, and reminiscent of the behaviour of ministers from the previous BN administration.
Recently, our nation has been rocked by the deaths of 15 Orang Asli from the Bateq tribe in Kuala Koh. New evidence suggests those deaths could be linked to an illegal manganese mine operating nearby. How could such a big operation like mining escape the radars of our enforcers all these while?
I believe there are many more mines that are either operating illegally or failing to adhere to laws and regulations all over the country right now.
Therefore, I urge the Water, Land and Natural Resources Ministry to place priority in improving enforcement, tightening up loopholes in our laws and rehabilitating old mining sites before we even start to think about digging up the whole country.
Furthermore, extraction and exploitation is the business model for resource management of the past. Leaders of this era should be more progressive, innovative and visionary. There are many opportunities to generate sustainable thriving economic developments.
If we put efforts into properly managing our natural resources, sectors like tourism, agriculture, sports, arts, culture, conservation and research will contribute greatly to our sustainable economy.
Malaysia must not continue with the old ways of doing business at a time when the whole world has awakened, with countries and schoolchildren like Greta Thunberg taking steps to save the world. If we keep destroying our environment, one day we may face a boycott from the entire international community on everything that our country produces.
With that, I strongly urge political leaders of this nation to cease being salespersons for Lynas.
Lynas’s massive amount of toxic radioactive waste will destroy our environment and will remain a health hazard as well as a financial burden to our children until the end of time.
Why should our children and our environment pay the price for the profit and interest of foreign corporations and countries?
The mistakes of the Bukit Merah toxic radioactive legacy may be due to ignorance and foolishness. Knowingly repeating the same mistake, however, would be an act of greed and irresponsibility.
Irresponsible leaders who cause harm to the environment and well-being of the people will be punished in the next election.
WONG TACK is the MP for Bentong.

(1) Mahathir - Once bitten by A.R.E, Twice NOT shy with Lynas.
(2) Kipas Minister told to STFU on Lynas.