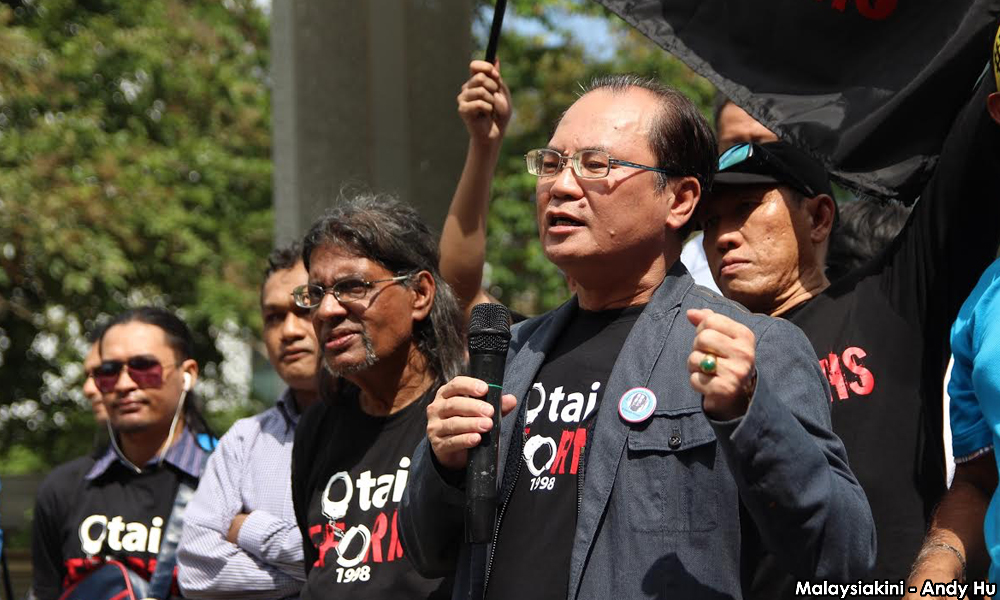 DAP's Sungai Pelek assemblyperson Ronnie Liu (photo, above) said PKR deputy president Mohamed Azmin Ali should realise he does not stand a chance of becoming prime minister over PKR president Anwar Ibrahim.
This, he said, is because the majority faction in PKR, as well as Amanah and DAP, backs Anwar as the next prime minister.
He added that Anwar has been agreed upon by Pakatan Harapan as the person to succeed Prime Minister Dr Mahathir Mohamad but Azmin being the "blue-eyed boy" of Mahathir had led to widespread speculation that there was a plot to make Azmin prime minister instead of Anwar.
"This much is true. Anwar might not be Mahathir's favourite but he is the choice of PKR (at least the majority faction within that party), DAP and Amanah.


"Even if some Bersatu and PKR members were to rally behind Azmin, they would still not be the majority within Pakatan. Not even close.
"So, I don't think Azmin has any chance of becoming prime minister. He should realise this," he said in a statement.
Liu said it was possible for Bersatu to grow quickly if there were massive crossovers from Umno and PAS and they could theoretically back Azmin, but that was unlikely to happen anytime soon.
The DAP lawmaker said Mahathir should quell any uncertainty by setting a timeline to hand over power to Anwar.
"Mahathir should accept that and therefore do more to assure everyone that he is going to stick to the agreed plan
"It's not enough for him to keep saying he will do so. He needs to give a precise timeline.
"Once a fixed timeline is announced, and everything suddenly becomes more concrete, we should see the end of internecine warfare within PKR," he said.
Liu said a stable PKR is important for Harapan's own stability that is important for the economy.
"This will also help to ensure that BN will not come back to power in the next elections," he said.
Posted by KTemoc at 9:17 am