Not mentioning names, he said some political leaders have "forgotten where they come from" and actually do not know how to work with the civil service.

"We have friends from civil society now in politics who forget where they come from, who they are and what they're doing there," Bon said.

"I don't believe it when ministers or politicians who say there is sabotage or civil servants are not working. I just think some people are just too big for their boots and when they come into government, they don't know (how to work) with civil service.

After he eff-ed those politicians for tokking kok, he turned his gun sight on the Attorney-General, Tommy Thomas, wakakaka, criticising Tommy for the latter's nonsense he was unaware of Wan Ji case. Edmund Bon was reported as follows:

Bon also expressed dissatisfaction with Attorney-General Tommy Thomas, who he said is acting as a "passive recipient of instructions" instead of upholding human rights.

He said it is unacceptable for the AG to say he was unaware of the Sedition Act case against preacher Wan Ji Wan Hussin, where the High Court convicted and enhanced his sentence.

The AG had said no written representation was made to him about the case, and that he had only learnt about it when the High Court decision reported in the media on July 9.

"What nonsense is this? Everything, you don't know. What kind of AG is this? An AG who only thinks about 1MDB?" he asked.

Bon added that this was especially frustrating because Thomas (below) himself had previously written that the public prosecutor in Malaysia is more powerful than the prime minister. 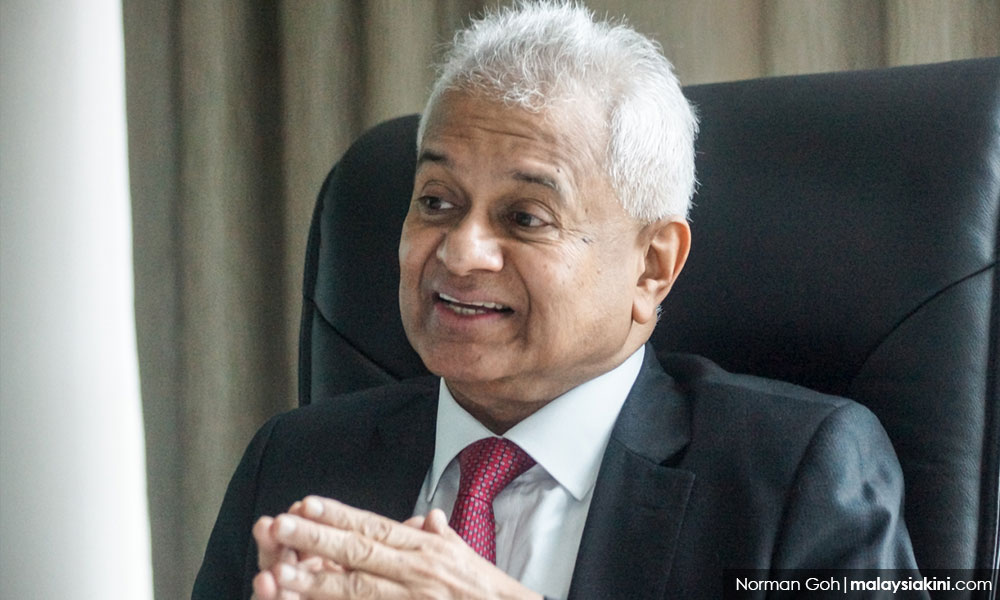 "If the AG considers himself just a drafting fellow acting on the advice of the government, then so be it.

"But (not) when you have an AG who has previously made many statements and you are coming with a human rights record. To now say, 'Only if cabinet say so then I will do' is like a passive recipient of instructions? No?

In May, the government announced that the Sedition Act will be repealed and replaced with another law to safeguard against defamatory statements against the monarchy.

The Sedition Act is among laws Pakatan Harapan pledged to reform in its election manifesto. Others included the Security Offences (Special Measures) Act, Prevention of Crime Act and the National Security Council Act.

Wakakaka. Good on you Edmund for telling the AG off for his 'act dunno' routine.

I just love Edmund's statement, to wit, "What nonsense is this? Everything, you don't know. What kind of AG is this? An AG who only thinks about 1MDB?", showing Thomas' fixation on what 'Atuk wants, namely, to eff Najib kaukau through 1MDB.

That's OK but the AG should not ignore other issues like the inhumane case against Wan Ji, who was ONLY released from lockup after public protests. Useless AG.

But on a more serious note, Edmund has been correct in criticising Tommy Thomas as an AG who is just "passive recipient of instructions" (we know from who, wakakaka) instead of upholding human rights.

AG, IGP, MACC Commissioner - semua dipilih olih Atuk - two have failed to meet our expectation, so now it's up to Latheefa Beebi Koya to show us her mettle by getting Peh Mor, not just some obscure session judge.