Mahathir made PKR shaky so people come to him


Extracts from the Star Online:

If indeed there will be a stable transfer of power and it is only about the date of the handover, why then in the last one year does it look like Anwar can’t be PM, especially with PKR deputy president Datuk Seri Azmin Ali seemingly in the way, I asked the author.

“This is mostly influenced by people surrounding Dr Mahathir who are afraid they will lose their privileges when he steps down,” Shabudin replied.

“But then why is there a pergolakan (struggle) in PKR, especially this week when it looks like the party is like retak menanti belah (a crack waiting to split)?” I asked.

“I’ve mentioned in my book that the perpecahan (split) in PKR is because of Dr Mahathir.

“Maybe because he has 13 (Parti Pribumi Bersatu Malaysia) MPs, PKR has 50 MPs and DAP has 42 MPs, he feels he is not strong.

“To make himself stronger, he appointed Azmin as Economic Affairs Minister even though PKR did not nominate him, as he was Selangor Mentri Besar then,” Shabudin explained.

“Dr Mahathir made PKR shaky so that people will come to him. That is his style.

“But I don’t think he can last for two years. PH is different from BN. In BN, the PM determines who will replace him but in PH, the presidential council – which consists of DAP, PKR, Amanah and Bersatu leaders – decides who will be PM.

On what is Azmin’s gameplay, Shahbudin said the PKR deputy president indeed wants to be Prime Minister. But he did not think Azmin would get strong support from Pakatan.

“Between Anwar and Azmin, PH definitely will support Anwar and not Azmin,” he said.

Shahbudin speculated that Azmin could even be sacked from the party: “It will happen soon, Anwar will suspend him for his move to attack the party president,” he said, referring to Azmin telling Anwar to “look at the man in the mirror” after the PKR president said his deputy president should resign as Economic Affairs Minister if he’s conclusively identified as one of the two men in a recent viral sex video.

The author also does not think Azmin would become Deputy Prime Minister in the next few weeks around Hari Raya Haji, as rumour has it.

“Tidak. Gaduh lah. Mesti pecah PH (No. It will be a fight. PH will break). If Dr Mahathir appoints Azmin as DPM, PKR and DAP will pull out of PH,” he said.

Break it down in percentages, I said, for Anwar becoming PM.

How about a dark horse PM, I wondered.

“The most qualified is Tan Sri Muhyiddin Yassin. But he is not healthy. I think there is no choice (but Anwar). 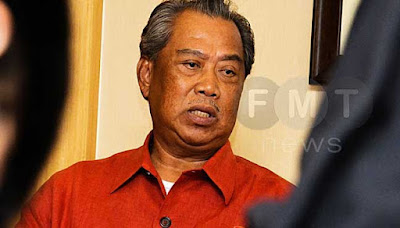 On the day Anwar PM Ke-8 was launched at a restaurant in Shah Alam, a panel discussion of the book took place. One of the panellists, Prof Datuk Dr Redzuan Othman of Institut Darul Ehsan, revealed the findings of his think tank’s survey of 1,600 people in Peninsular Malaysia on who they preferred to succeed Dr Mahathir.

Later, Redzuan defended his survey saying that it allowed the public to say whoever they wanted to support as the next Prime Minister: “For sure Najib still has his supporters. But 6% is still far from being a favourite. The majority feel that Anwar is qualified to be the eighth PM,” he said.

Redzuan also revealed that his survey found that 75% of Malaysians did not want Dr Mahathir to stay on as Prime Minister beyond two years. Of that group, 44% said Dr M could go within the next six months while 20% want him to go immediately.