The Counter Terrorism (E8) Division of the Bukit Aman Special Branch department has racked up an impressive number of arrests and stopped planned attacks from happening here.

“We have been watching closely the developments taking place in the Middle East as there had been earlier concerns that the defeat of the Islamic State (IS) group in Syria and Iraq could lead to frustrated fighters who have yet to fulfill their mission to become martyrs,” Abdul Hamid told the Malay Mail.

“The concern is that they would return to their countries of origin like Malaysia, Indonesia and the Philippines and will conduct their final act in their home country.

“But so far this has not been realised except for maybe the Philippines but that too investigators are not sure if the perpetrators are those returning from that region,” he said, referring to the Middle East.

In March, major news outlets reported that the IS has lost the last pocket of territory in Syria and Iraq which it controlled, bringing a formal end to the caliphate it proclaimed in 2014.

The group controls no territory in Iraq and Syria, attacks are down and the number of foreign fighters it continues to recruit is a fraction of what it was at its height.

But the notorious terrorist group remains a serious, violent threat. Many of its top leaders are still alive and it continues to carry out attacks.

Abdul Hamid said police are always concerned when it comes to terror threats in the country and are constantly vigilant.

“We are constantly monitoring social media and at the same time we have increased the engagement with foreign intelligence organisations, sharing information especially with the experienced ones such as Sri Lanka and Bangladesh and of course our long-time partner Indonesia who has been very cordial with us.

“We have been brotherly with these countries in our joint effort in tackling this issue,” he said.

“For them, they knew ISA is the end for them... that's how it was. But now that ISA is history, we have this powerful legislation the Security Offences (Special Measures) Act (Sosma) 2012, which helps us.

“I want to share with the public... if Sosma is taken away from us, it means you take away our 'guns' to fight terrorists... the public should be educated about this,” he said.

Abdul Hamid said such laws allow the police to act, not to wait until a threat is in the advance stage.

“We know our limits. I for one would not allow the police to use torture tactics, I have made it very strict to my men in the counter terrorism department.

“That is why I have made it clear that there must always be CCTVs in interrogation rooms and everywhere else. I always remind my men to not tackle this issue by torturing the subjects as that will make it worse.

“We will not implement torture tactics to illicit confessions,” he said.

Abdul Hamid said the terror suspects are misled on ideology and it is important for the authorities to use experts from religious departments to reason with them.

It doesn't take one to be a rocker scientist to know that under a Mahathir government Sosma will be retain, enforced and even enhanced, and to eff with the Pakatan Manifesto Promises. 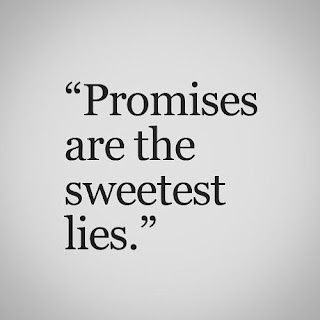 Can the IGP explain why PKR member Wan Ji Hussin was bashed by a cop when he was detained under the Sedition clause for allegedly insulting HRH Sultan Selangor? 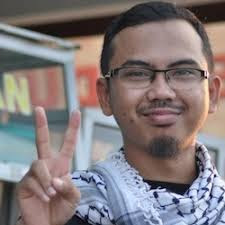 Can the IGP further explain why Wan Ji is now Police probing preacher Wan Ji for defamation under Section 500 of the Penal Code after he had claimed he was beaten up by jail wardens.

Intimidation into silence or withdrawl?

I rather not hear anything ANYMORE from IGP Bador. When he was first appointed I had hopes, but alas now I find he is no different from previous IGP of recent times, ie. since 1981. 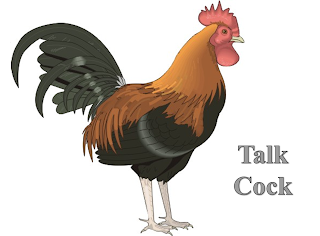 Bador, speak now [of the Truth] or forever hold your peace.