Evil of One Man, Same Man

The 'peace-maker' pretence of Mahathir 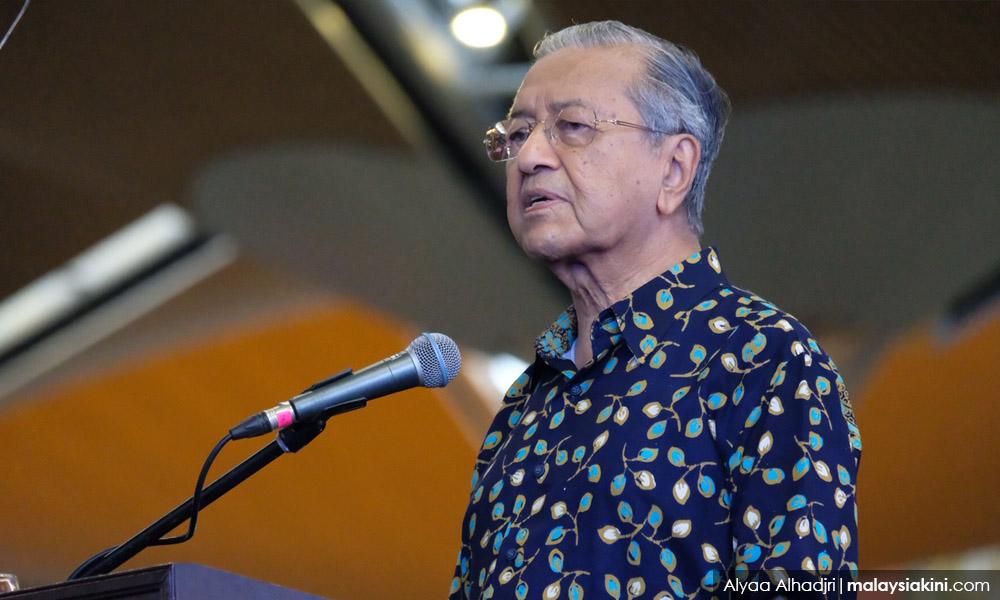 LETTER | It’s a scandal that has gone on far longer than anyone deems necessary. It has caused major tension between PKR’s leading men Azmin and Anwar, threatened the public’s trust in the stability of the ruling coalition, and cast a shadow of suspicion over everyone from political leaders to the Inspector-General of Police.
With all the havoc surrounding this latest political sex-scandal, there is but one man who maintains a wry smile behind his coy statements and ‘peace-maker’ pretences- our prime minister, Dr Mahathir Mohammad.
We know the 94-year-old prime minister is passionate about ‘righting his past wrongs’ in this “New Malaysia” However, he was only meant to act as a seat-warmer, one who sees to a smooth transition into a new era after 30 years under Barisan Nasional before handing over his premiership to a younger, more fitting contender.
Although it is common knowledge that Anwar is to be appointed as the next prime minister, rumours have it that Mahathir favours Azmin Ali, all the while hoping his son, Mukhriz Mahathir will one day take his place.
But whoever the next leader may be, Mahathir has made it clear that he will only give up his power seat when he is sure Malaysia is in a stable place.
The sex scandal, which centres around videos allegedly featuring PKR’S deputy Azmin Ali engaging in sexual acts with another man, has rocked the nation to the core, upsetting the stability of Pakatan Harapan and the nation as a whole, representing the return of gutter politics to our beloved Malaysia.
It has put both Anwar and Azmin in precarious positions. Of course, if Azmin is ever confirmed to be the man in the video, there will be serious repercussions (just ask Anwar who spent nearly a decade in jail for charges of Sodomy).
Anwar and Azmin have done each other no favours during this messy spat, both snidely sniping at each other, losing the public’s respect as they futilely try to disengage from gutter politics.
All this has allowed Mahathir to breathe a deep sigh of relief and wave goodbye to any pressure that was formerly being put on him to hand over leadership to either Anwar or Azmin in the near future.
Of course, as prime minister he could not remain totally silent throughout this saga, but he has kept it very short and very neutral, making statements such as “This is not a question of morals, it is a political problem. It will be handled as a political issue."
He also gave out a curt response to the claims that his stance on Azmin’s case contradicts his attitude towards the similar sodomy case with Anwar years ago. He wrote in his blog, "The action taken in 1998 was not based on the video clip. That came later. The court had already made its decision. The subsequent videos did not influence the court or anyone else. It did not influence me.”
Besides these short responses, he has remained unusually silent, allowing the tensions to unravel on their own.
Now that we mention it, let's touch on that whole Anwar/Azmin sodomy case parallel that Mahathir felt necessary to address. If this sex-scandal seems familiar, it’s because it is. Just over 20 years ago another sodomy scandal surrounding Anwar came to light. Now I am not the conspiracy theory type, but the parallels are freakishly similar:
Anwar was a man of prime minister potential when he was accused, Azmin is now a man of growing prime minister potential.
Mahathir was the prime minister hesitant about giving up his power when the scandal broke out 20 years ago, and here we are, once again Mahathir is the prime minister, once again he is hesitant about giving up his power.
Back in 1998, Anwar swore the scandal was just a cruel effort by Mahathir to destroy his political career; similar sentiments apply to Azmin with even the IGP stating this scandal is a political ploy to destroy Azmin’s reputation.
Will any of Mahathir’s future PM potentials survive politically, succeeding him at a time when he is not ready to give up his control? It seems not. This sex scandal is playing into Mahathir's favour.
We are left with a nation that is disillusioned with the two men who are meant to lead the New Malaysia, a police force whose integrity is being questioned, and a Prime Minister who is sitting back and letting the tensions boil so he can play on the vulnerability of the masses.
Posted by KTemoc at 10:29 am