On Thursday (July 18), Abdul Hamid said the sex video was likely to be genuine, adding that there was an evil conspiracy led by a leader of a political party to humiliate and damage the reputation of an individual.


Kadir, who is special adviser on media and communication to Prime Minister Tun Dr Mahathir Mohamad, said that the IGP's statement on the matter has added fuel to people's imagination.

In his blog on Friday (July 19), Kadir said that the matter is already affecting the Pakatan Harapan government.

“I cannot blame the people if they do not stop here (speculating) by just swallowing the police's statements (on the sex video) by hook, line and sinker.

“This is because one of the two actors in the Sandakan video has come forward and revealed who is the other person making love with him.

“This individual is even willing to be jailed in defence of his allegation,” he said.

Kadir was referring to Haziq Abdullah Abdul Aziz, who confessed to being one of the two individuals in the sex video. 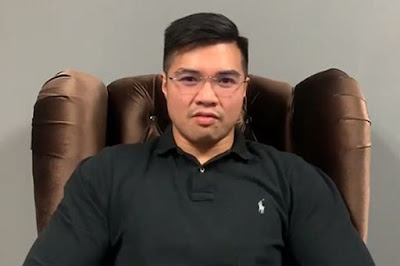 The former Santubong PKR Youth chief was recently arrested by the police and is on remand until July 20 to assist police investigation on the matter.

Haziq has also claimed that the other individual in the video was Economic Affairs Minister Datuk Seri Azmin Ali.

“Those who feel they have been humiliated can (also) initiate civil action through a defamation suit,” he added.

He said that Pakatan leaders should not wait until Malaysians grow tired of their behaviour and foreign investors lose confidence in the country.