Clean Prangin Canal with fishes swimming in it is real, Penang agencies insist

“The old Prangin Canal was thoroughly cleaned and rejuvenated into a water feature that flows within the new proposed park,” they said in a statement today.

Calling the allegations as misleading and false, they explained that the diversion had been installed to divert water away from the canal during the restoration.

They then urged the public to stop circulating the claims that they asserted were meant to jeopardise the project.

When contacted, Ang explained that dirty drain water that used to flow into the canal has since been diverted to a new culvert parallel to the restored waterway.

“We need to divert the drain waters from the canal so that we could restore it and preserve it as part of the Sia Boey Rejuvenation Project and the first Urban Archaeological Park,” she said, adding that the culvert also could take higher water volumes than before.

Mohd Bazid and Ang said the plans for the construction of the diversion were also presented to and approved by Majlis Bandaraya Pulau Pinang (MBPP) and the Technical Review Panel (TRP) despite being beyond the boundaries of George Town Unesco World Heritage Site.

“The Technical Review Panel committee includes Penang Heritage Trust, which is also a member of the Penang Forum coalition,” they pointed out.

They said the Prangin Canal was also not classified as a river and was not fed by a natural stream.

Before 2013, the canal had been used as a large monsoon drain running from Burmah Road and Muntri Street to Beach Street and Magazine Road.

Drain and storm water from these areas flowed into the canal before reaching the shorefront just south of Weld Quay where there is a pumping station to discharge the storm water into the sea.

“In October 2015, a granite structure was uncovered and later identified as the Old Prangin Canal Basin by Universiti Sains Malaysia’s Centre for Global Archaeological Research,” they said.

After the plans were presented, the Technical Review Panel (TRP) approved the rejuvenation in February 2018.

The rehabilitation took place from May till August 2018 upon the completion of the diversion in October 2016.


During the restoration and cleaning works of the canal, more than 15,000 artefacts were dug up from the site, they added.

A bio-filtration setup including bio-balls, bio-brushes, natural shells and an ultraviolet light system was installed downstream.

“The canal was cleaned and restored with a self-sustainable ecosystem so that it will remain clean and the fish will survive as long as the public do not dump rubbish into it,” Ang said.

The fortification of the Prangin Canal began in 1804 and the canal was narrowed sometime in the 1890s in line with the construction of the Sia Boey Market, which demarcated the influence of the British rule on urban George Town life.

They said drawings sourced from the British Library Archive indicated that the original alignment of the canal began at the shorefront of Weld Quay and had extended all the way inland to the Penang Road/Burmah Road junction.

At that time, the canal served as a flood mitigation and a waterway, as well as to drain the swamps in surrounding areas for agriculture and residential use.

The rubble pitched walls of the canal consisted of granite stones and blocks, and the invert was of concrete base overlying the silt strata beneath.


The foundation of the canal walls were founded on bakau piles supported by timber shoring, a common construction technique for many pre-war houses in George Town during that era.

The Sia Boey Rejuvenation Project was launched on 25 March 2018 to transform Sia Boey into an area that facilitates the coexistence of development and heritage conservation.

I sincerely congratulate YB Chow Kon Yeow, Chief Minister of Penang, and his men for a magnificent piece of restoration work on the Prangin Canal. 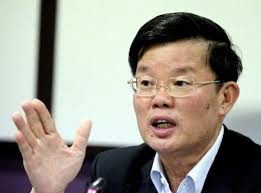 Once I saw a photo of a drain-canal in Japan teeming with colourful koi and had then wished Malaysians would one day arrive at such an environmentally conscious, clean and caring state of mind and behaviour. Well, we now have. Syabas!

The Prangin Canal is something we Penangites can be truly proud of and should support the State government in looking after with loving care. But we must remind ourselves it is only the beginning and not falter after such an impressive start. We must persist and maintain such an exemplary life style.

I am amazed at the amount of work and innovation invested in rejuvenating the Prangin Canal, which I remember all too well as a school student boarding/disembarking from the Lim Seng Seng and/or Hin Company buses stationed there. The Yellow Bus Company also had its fleet parked alongside the Canal. 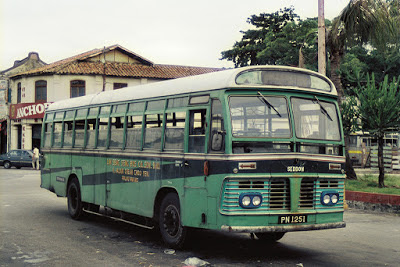 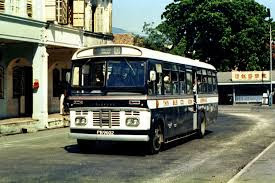 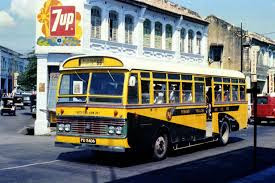 The Prangin Canal was then in a dirty, dingy and dreadful state, filled with stagnant, greasy and fetid water that was sodden with rubbish - and I recall that spanning the Canal was and must be the filthiest public toilet that had ever existed in Malaya-Malaysia. The beggars and homeless washed, bathed and somehow even resided in that toilet.


I am proud and very happy that the Penang State government has revived Prangin Canal to such a clean and fresh state. Once again Penang has set the example and standard. After all, The motto of the former City Council of Georgetown (1957) was 'Leading We Serve'. 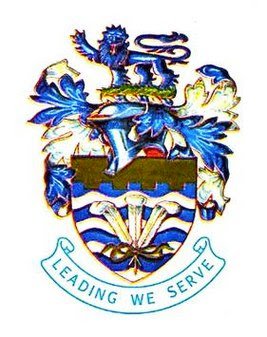