KUALA LUMPUR, July 18 — Barisan Nasional adviser Datuk Seri Najib Razak mercilessly mocked the public hostilities that broke out between PKR’s top two leaders yesterday and invited the public to guess which will come out on top.

After PKR deputy president Datuk Seri Azmin Ali told Datuk Seri Anwar Ibrahim to “look in the mirror” for suggesting the former resign over a sex scandal, Najib wrote on Facebook to point out that both politicians were the same.

However, he appeared to favour Azmin and offered words of encouragement to the minister.

“Min, steady, Min. The war drums have been sounded. Who will win is unclear. The only ones cheering could be Bersatu Pribumi,” he said.

Najib also posted a photograph of a face mirror, in reference to Azmin’s retort for Anwar to self-reflect before telling him to relinquish his government position. 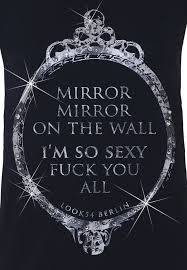