Can we trust the government to investigate anything? 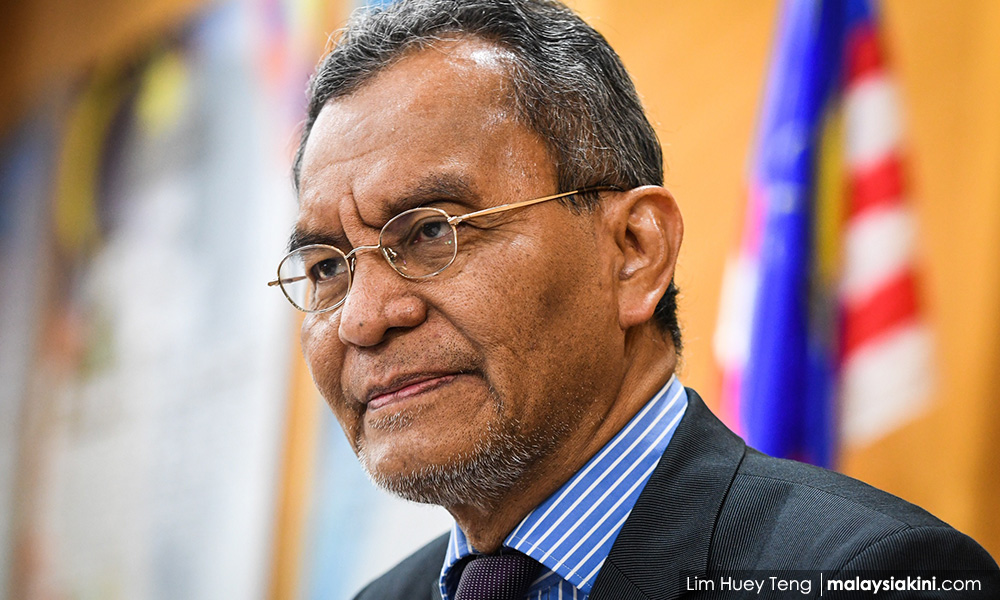 "I find it strange that some are alleging there were threats. This is beyond what I can imagine."
- Health Minister Dzulkefly Ahmad
COMMENT | Health Minister Dzulkefly Ahmad, after his risible response to the allegations that birth control injections were forced upon Orang Asli women, has ordered an internal inquiry to investigate these allegations.
Of course, after his absurd comment that “everything must have proof and evidence,” Malaysians should be sceptical as to the impartiality and independence of this internal probe.
After all, the health minister has claimed that he has full confidence the apparatchiks from his ministry followed SOP, and as the quote that opens this piece demonstrates, all this is beyond the health minister who, surprisingly, has not heard of or read the voluminous evidence of malfeasance committed by his ministry on the Orang Asli spanning decades.
Dzulkefly Ahmad claimed that those who made the allegations had no burden of proof, which is rather bizarre considering if we follow Dzulkefly’s logic, the state security apparatus, the MACC and the rest of the investigatory bodies of the government would have nothing to do – investigate – because allegations brought without “proof” need not be investigated.
If you think that the health minister is alone in this kind of logic, remember Prime Minister Dr Mahathir Mohamad’s response to the findings of the Suhakam inquiry into the disappearance of Pastor Koh and Amri Che Mat (below).


Here are two of the prime minister’s statements: (1) "I think they must produce some evidence, this is merely hearsay." (2) "I don't know whether they have evidence to prove this is what happened. If they do, of course, we will take it up."
Does all this sound familiar? This is the kind of thinking, from the prime minister of Malaysia to the health minister, which makes it impossible for Malaysians to have faith in the institutions that are supposed to work for us, not against us.
I wonder what Teoh Beng Hock’s family thinks about the health minister's logic. Or what the Nigerian diaspora in Malaysia think, considering their colleague died in the custody of the Immigration Department. Or the families of the numerous victims of death in police custody. Or the legal fraternity, for that matter.
These allegations are not new, which is why it is surprising that all this is beyond the imagination of the health minister. Centre for Orang Asli Concerns (COAC) executive director Colin Nicholas has said that there is documentary evidence, which includes oral testimony on tape, of these cruel practices against the Orang Asli.
Indeed, if anyone is interested, various indigenous peoples' activist groups, Tenaganita and a host of other concerned citizens, including doctors, lawyers and retired civil servants, have documented and exposed the malfeasance, over decades, of the government of the day towards the Orang Asli. All this is a matter of public record.
What is not a matter of public record, but has become so, is the kind of institutional deflection that the health minster displayed. You may put this down to inexperience or naivete, but there is no excuse for the lack of professionalism from the health minister and ministry.
Do Malaysians trust that this internal investigation will reveal anything beyond the spin that all is copacetic in the health ministry when it comes to the welfare of the Orang Asli people of Malaysia?
Does anyone have faith in the Harapan system for holding itself accountable? I cannot think of a single independent institution in this country that displays any kind of independence. What I do know is that there are independent voices – normally those not in the cabinet – who rage against the machine and attempt to speak truth to power.
I suppose when it comes to corruption scandals, especially when it involves Umno, the blood makes for good press and makes it seem like the Harapan regime is going after the corrupt. However, the systemic racism and bigotry, which forms the underlying basis of interaction with marginalized people and the non-Malay polity, is ignored.


Take the death in custody of Orhions Ewansiha Thomas (above). Penang Deputy Chief Minister P Ramasamy, in questioning the very identity of Malaysia, accurately described the systemic dysfunction, the bigotry of Malaysians and the class-based context of deaths in custody.
In other words, the system is the way it is because the system understands that Malaysians do not really care in any meaningful way about the abuses of the system.
Ramasamy is right when he asks if the death of Thomas was a possible hate crime. He is right when he says that the Immigration Department should be ashamed for not taking care of those under its authority.
Now, the Immigration Department is, of course, going to say that it is going to investigate this case. The Nigerian Embassy has said that it has faith in the Malaysian system. You see, while most Malaysians may not have faith in the system, they also exhibit the same kind of thinking when it comes to marginalised and disenfranchised people.
Hence, the system need not correct itself because, even though a sizable section of the public has no faith in it, it understands they would not do anything to hold the system accountable, especially considering race and religion are the desiderata of the system.
So what do we get? When it comes to the Orang Asli, for instance, we get cosmetic changes, but underneath it all is the kind of thinking displayed by the health minister. The malfeasance perpetrated against the Orang Asli is something beyond his imagination because of his faith that his people are following their standard operating procedure (SOP) trumps the evidence of abuse and disenfranchisement that is a matter of public record.
When it comes to the death of Thomas, I am sure that the Immigration Department also has faith in the SOP of its officers. Indeed, so strong is this faith that it is used by members of the various institutions that make up the state security apparatus to deflect from the systemic dysfunction which was on full display in the Suhakam inquiry into the disappearance of Pastor Koh and Amri, the mass graves in Wang Kelian and of course, the murder of Teoh Beng Hock.
These men are always not interested, will never be interested in the children of never – “The men of always were the established political class of Colombia, but more importantly, they represented the idea of political permanence sustained by populism, corruption and systemic dysfunction. The children of never should be self-evident.”
Posted by KTemoc at 4:01 pm