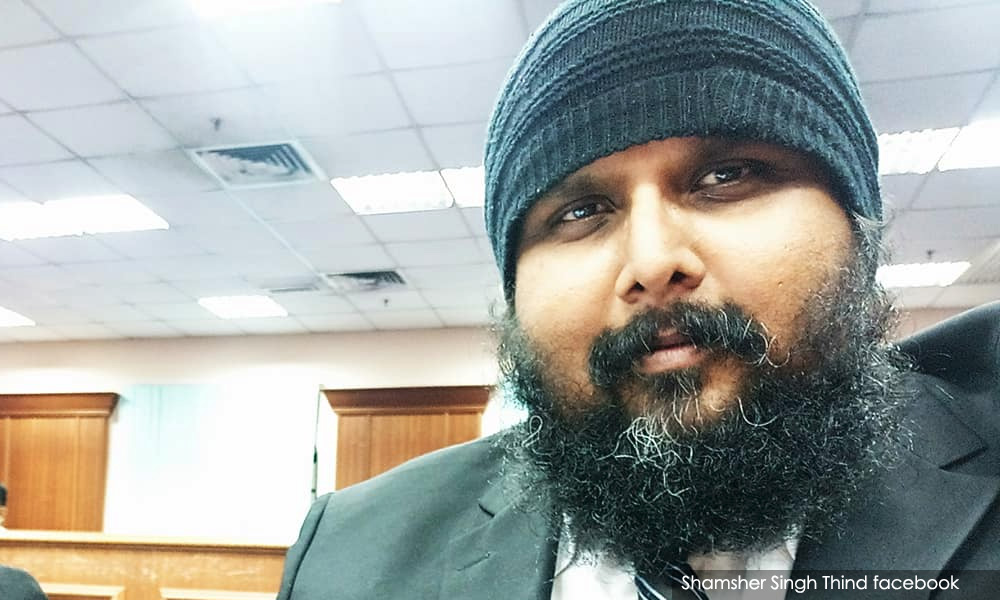 A Penang-based law lecturer has expressed his shock that CyberSecurity Malaysia was unable to confirm the identities of those in the sex video implicating Economic Affairs Minister Mohd Azmin Ali, despite confirming that the video is authentic.
Criminology expert Shamsher Singh Thind said today this showed that the national agency in charge of cybersecurity does not have the necessary technology to do the job.
"Now, any lawyer who is representing the accused persons in the cat killing case, if he is worth his salt, will surely use this point to argue in court that the forensic evidence from the CyberSecurity Malaysia must be treated with caution as it may be riddled with uncertainties," Shamsher told Malaysiakini.
Last Thursday, Inspector-General of Police Abdul Hamid Bador said that CyberSecurity Malaysia confirmed the authenticity of the video, but the identities of the actors in the video could not be ascertained.
One of the cases CyberSecurity Malaysia managed to crack for the police is the pregnant cat killed at a Gombak launderette by three men last year.


Former Santubong PKR Youth chief Haziq Abdullah Abdul Aziz (photo) has admitted to being one of the two men in the sex videos. He named Azmin as the other.
Azmin vehemently denied being involved in the matter, describing it as a "nefarious" plot to terminate his political career.
Facial comparison and identification
Shamsher said CyberSecurity Malaysia may not have experts in the field of facial comparison and identification.
"What does an IT person know anything about the facial features and anatomical structures of the cranio-facial region?" he asked.
Shamsher said the investigating officers should have roped in the services of a forensic odontologist who is conversant with morphological features of the face.
One such expert, he said, would be Dr Phrabhakaran Nambiar, formerly from the Faculty of Dentistry, Universiti Malaya.


He urged the IGP to also consult Amar Singh (photo), who recently retired as  the director of the Bukit Aman Commercial Crime Investigation Department.
Amar wrote a dissertation on the topic “Admissibility of Craniofacial Superimposition Evidence as a Means of Forensic Identification."
Shamsher said the method of confirming the identity of a person using the craniofacial superimposition is not new in Malaysia.
In the early 1990s, Masatsugu Hashimoto from the University of Tokyo positively identified that the actor in a sex video was DP Vijandran, an MIC leader who was also at that time the deputy speaker of the Dewan Rakyat.
"Another was the case of Mary Anne Ariokadass @ Siti Khadijah Mary Anne Abdullah, who lodged a police report in 1991 that she had been raped, blackmailed and forced into prostitution by a group of police officers in Selama, Perak.
"During the investigation, the police discovered a videotape which was later confirmed by the complainant that it was the actual recording of her rape," he recalled.
"Again, Hashimoto was called in to confirm whether or not the girl in the video is the complainant. Hashimoto measured and compared not just the facial features but also the features of the body in a standing position, the right foot and the fingers on the left hand," he added.
"The conclusion reached is that the complainant and the girl in the video were not the same person.
"As such, the allegations against the police were found to be untrue, and as such the complainant and her husband were charged for making a false report and criminal defamation against the police."
Shamser called on the officers investigating the sex video to engage the services of the right experts to get the desired results.
If the police are unable to confirm the identity of people caught on video while committing crimes, he added, it would render the installation of expensive CCTV cameras useless.
Posted by KTemoc at 7:07 pm