Lau yesterday informed Malay Mail that he will hold the press conference at the Taman Patani Jaya Huang ji Dim Sum restaurant in Sungai Petani, Kedah at 9am today.

Last night, Gerakan leaders laid out the red carpet and welcomed Azmin into the party, despite no official confirmation about him leaving PKR.

A source reportedly said Azmin met Lau a few weeks ago, where the former allegedly said that several MPs and state assemblymen would follow suit should he join Gerakan.

There are claims that Azmin is under pressure to leave PKR due to his strained relationship with PKR president Datuk Seri Anwar Ibrahim and his ongoing sex video scandal that’s plaguing the party.

But Azmin’s allies like Selangor Mentri Besar Amirudin Shari has denied such rumours, and said that the PKR deputy president would not leave the party for other parties like Parti Pribumi Bersatu Malaysia.

MB Amirudin Shaari could well be right that Azmin would NOT leave PKR for Mahathir's Parti Pribumi, but Azmin may leave PKR for Gerakan. 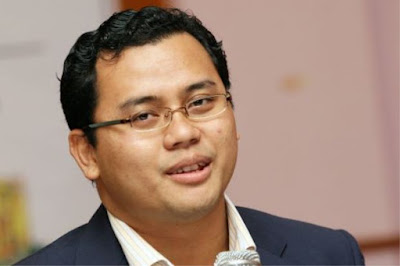 As Azmin's Dökkálfar Dwarfs are a multi-ethnic bunch it was suggested that at one stage that Azmin joins Parti Pribumi whilst his non-pribumi Dwarfs join as 'associates' of Parti Pribumi but without voting rights.

What was not mentioned was whether the party 'associates' would be able to stand for elections and become MPs/ADUNs as Parti Pribumi candidates?

That's a iffy and thus a dodgy question mark. Yes, Azmin can leave for Pribumi (assuming Mahathir still wnats him) but he'll have to leave behind a considerable group of his non-pribumi PKR colleagues. And Azmin with much diminished numbers in his tow may make the Chief Dwarf less attractive as a frog.

Dr Oh Ei Sun, a senior fellow with the Singapore Institute of International Affairs, told CNA that PKR has “effectively split”, after 20 of its supreme council members released a joint statement last week criticising party president Anwar Ibrahim for not standing by Mr Azmin, who has been implicated in a viral sex video scandal.

OTOH, Gerakan Party is a multi-ethnic party although on the other side of the fence - if so, why would Azmin Ali join a party in a weakened BN coalition now out of power?

Kaytee puts on his cloak of ultra-suspicion, wakakaka, says Salami (not Shazam, wakakaka) and works out the nuances, which to my reckoning may comprise the following whiffs: 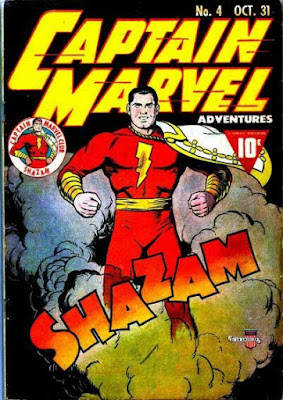 (a) it's true PKR has become rather untenable for Azmin now, and perhaps forever. He may even gain the PKR presidency but at great cost as the Anwar family still holds tremendous support among the rank and file of the party.

(b) why not Parti Pribumi? he can do that but he will have to forego his non-pribumi mateys like Tian Chua, Xavier Jayakumar, and (as reported by the Star Online, Machang Bubok assemblyman) Lee Khai Loon, etc who may or will resent being made only 'associates' of a racist Parti Pribumi.

(c) there has been a strongly rumoured nexus between Azmin Ali and Hishamuddin Hussein who may well turn out to be the next UMNO-PAS leader (let's face it - Zahid is 'damaged' goods). If BN regains power in the next general elections, its DPM may well be a PAS man or even Azmin Ali.

Then PAS - though Azmin used to have kamcheng with PAS, his recent scandal might have startled the Pak Hajis too much - but we need to wait and see how the 'Moon' party reacts. Political pragmatism (not cash) is King.

(d) by frogging over to the BN (via the multi-ethnic Gerakan Party) Azmin can take along his Dökkálfar Dwarfs intact, and with that number (approximately 15 representatives plus thousands of Gurkhas) may even assume a top position in Gerakan.

Worse for Mahathir, Azmin's frogging may even cause a stampede of revolving-door former UMNO frogs in Parti Pribumi to lompat balik ke-Mama.

(e) with those freshly 'reconstituted' numbers in the Dewan Rakyat, there may well be a call in parliament for a no confidence in the Pakatan Harapan government, and deep sh*t (not Deep State) will occur.

If there is indeed a new general election, it may be Azmin's sweetest nastiest stab at Anwar's dreams of becoming the 8th PM of Malaysia.