Was Mahathir's rhetoric a mendacious attempt?

Majority controlling the narrative is part of the problem 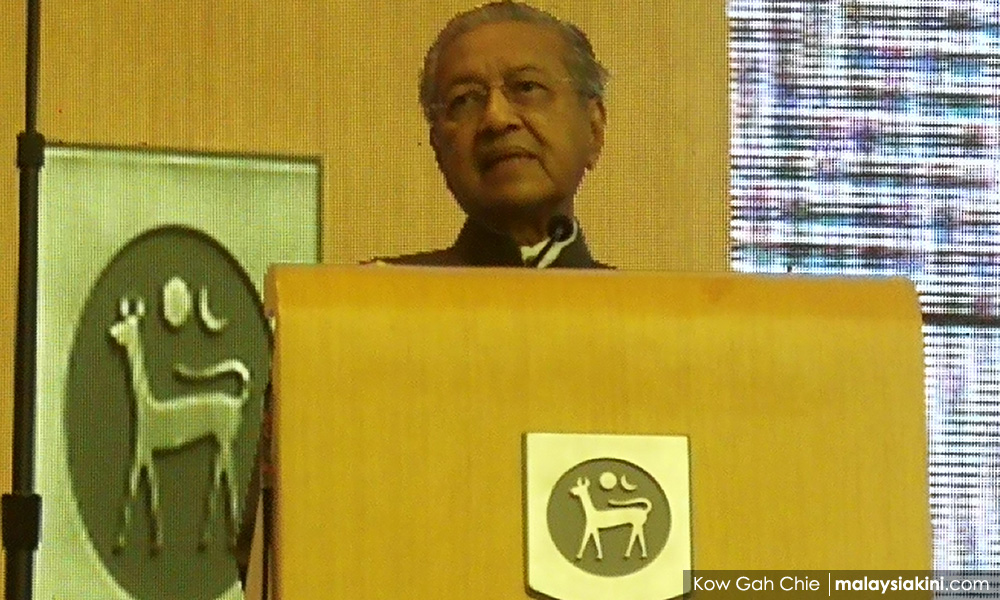 “The most shocking idea in my book that can ‘alarm public opinion’ is that Islam should not be coerced.”
- Mustafa Akyol on the banning of his book
COMMENT | The call by Prime Minister Dr Mahathir Mohamad for the majority to counter the narrative of the minority, when it comes to banning concerts, is a mendacious attempt to inject some feel-good rhetoric into the dismal state of the social and political discourse in this country.

All this, of course, goes beyond merely voicing one's opinion on concerts. This is about much more than that. It is simplistic to reduce everything to a simple majority uber alles context, and hope nobody examines too closely what is at stake here.
The reality is that it does not matter if a majority wants something in this country. The fact is that when it comes to issues of race and religion, only the Malay political elite can change the narrative, and so far they have been unwilling or unable to do so.
I have no idea why the call for the banning of a death metal band by the Council of Churches was used as an illustration of a “minority” controlling the narrative. When it comes to this issue, the majority of cases, be it concerts, books and anything to do with free speech and expression, has been at the mercy of the ruling elite and proxies whose agenda is to subvert secular democratic norms in this country.
Besides, the issue here is not that the majority should control the narrative, but rather, the issue of freedom of speech and expression that, in a functional democracy, would be protected from mob mentality.
It is wilfully naive to think that the majority in this country owe their allegiance to values that would protect and embrace everyone, and to use this in an attempt to project a “moderate” image is duplicitous.
When it comes to Zakir Naik, does anyone seriously think that the majority in this country are against him? In this instance, the minority view is the more rational, not to mention having a legal basis. But should it be swept aside merely because the majority controls the narrative?

Just last year, Turkish author Mustafa Akyol (above) put up his book - “Islam without Extremes: A Muslim Case for Liberty” (Islam Tanpa Keekstreman: Berhujah Untuk Kebebasan) - for free online after the High Court upheld the ban by the (then) home minster, citing that “the book could hurt public order and alarm public opinion.” Keep in mind that the back cover blurb includes a review by Education Minister Mazlee Malik, who was at that time a Universiti Islam Antarabangsa Malaysia lecturer.
In discussing the banning of his book and his brief detention by the state security apparatus, Akyol reminded us that the home minister and religious bodies like Jakim control the Islamic narrative in this country. Hence any attempt to imply that there is some sort of majority consensus - when it comes to issues involving freedom of speech and expression - is misleading.
While the political establishment organises mobs to voice the concern of "citizens," this is a function of control, not public sentiment. The establishment sets the tone, and uses proxies to buttress its argument. If it is met with resistance – even if it is by a majority – the state security apparatus and various laws would be used on dissenters.
When Maryam Lee held a book launch and forum on “de-hijabbing”, Harapan’s religious czar Mujahid Yusof Rawa was disturbed by this and sent Jais to investigate. Why would he do something like this? If the majority were supportive of this forum and book launch, would Mujahid still feel uneasy?
Latheefa Koya, now MACC chief commissioner, illustrated what extremist views in this country are when she said: “Just because a person does not wear the veil, does that mean she will go to hell? Will she become an apostate? Will she become a promiscuous woman? Come on lah... this is an extremist view.”
Now I dare say that a majority in the Malay/Muslim polity would object to Maryam’s agenda and they would be supported by the state, but in cases like this, the state should have supported Maryam Lee because of her right to free speech and expression.

Now, what then can you say about Zakir Naik (above)? Doesn’t he have the same right to free speech and expression? Well, yes, he does, but his speech and expression, while vile, are not the issue. The issue is that Malaysia is harbouring a wanted fugitive simply because it is politically expedient to do so. 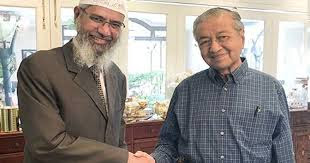 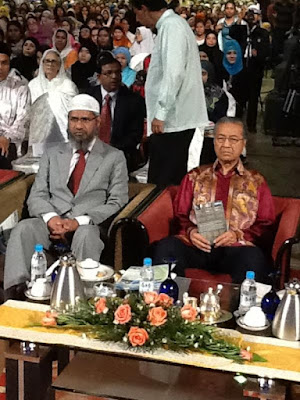 Most time issues get conflated. When it comes to the LGBT issue, for instance, I think the majority will find common ground using cultural and religious objections. So when Mujahid says something bigoted against the LGBT community while he is carrying on a familiar Islamic narrative, it finds support - even if silent - with the religious and cultural mainstream thinking in this country.
In a piece about how some of my Malay friends think public caning is a good idea, I wrote:
“And do you really think that only Malays think that their minds are shackled or that their religion shackles their minds? Would you say the same to a religious Christian, Hindu or Buddhist who does not share the same religious dogma as Muslims, but in reality, when it comes to cultural and social norms, they have exactly the same religious/cultural prejudices? So really, some people do share the same religious dogma; it is only they do not have the power of the state to back up their prejudices.”
If the prime minster was serious in his call for our democratic spaces not to be held hostage by voices that would diminish our freedom of speech and expression, his rhetoric would be different.
He would have made it clear that racial and religious objections to content deemed contrary to mainstream Malay/Muslim agendas, or any religious or racial agendas for that matter, would be unacceptable when it comes to restricting free speech and expression.
Harapan would not be so eager to come up with laws and regulations constraining free speech, and Putrajaya would be pointing out – but not sanctioning – the hateful rhetoric coming from the far-right, which oftentimes mirrors Harapan's rhetoric.
S THAYAPARAN is Commander (Rtd) of the Royal Malaysian Navy. A retired barrister-at-law, he is one of the founding members of the National Patriots Association.
Posted by KTemoc at 9:41 am