Umno and PAS are going to tie the knot on September 14.


From the perspectives of Malaysia's political development, it will mark the start of the marriage of Malay nationalism and Islamism that will put an end to the multiracial ideology of Alliance/BN.

The navigation route mapped out by Tengku Abdul Rahman, Tan Cheng Lock, Tun Sambanthan and other founding fathers of this nation six decades ago was indeed meant to steer the newly established country towards the ocean of equality where all Malaysians irrespective of race and religion would rule together and enjoy the fruit of the nation's success together.

Unfortunately, the storms that later brewed in the high seas, coupled with the shortsightedness and incompetence of the ship's steersmen, altered the course of the ship towards monoculturalism and theocracy.

The top guns in Umno and PAS are of the opinion that the defeat of their parties in GE14 were attributed to the fielding of candidates from both parties to fight each other and dilute the Malay votes, such that PH could claim victory in many three-cornered fights through the support of non-Malay voters.

Such a supposition is by no means unfounded.

From the number of votes won by individual parties in GE14, indeed if Umno and PAS were to field only one common candidate to fight PH in each of the constituencies, they could have won additional 21 parliamentary and 45 state seats. 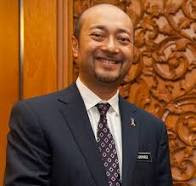 Where state seats are concerned, PH may lose Kedah, Perak, Melaka, Negeri Sembilan and even Johor if the two parties join forces before the next general elections.

Given the temptation from such lucrative benefits, little wonder that these two parties are willing to set aside their past grudges and ill-feelings to embrace each other in order to fight PH one-on-one.

Under the new electoral system, Malaysians aged 18 and above will automatically be registered as voters, meaning we will have 7.8 million new voters come the next general elections..

An overwhelming majority of these new voters will be Malay Muslims whom Umno-PAS will fight very hard to court.

It has always been a political phenomenon to make racial and religious values the prioritized political identities worldwide.

I mentioned this in an earlier article which the office of a certain cabinet minister claimed to be racist discourse meant to instigate disunity among PH parties.

The objective of me presenting my viewpoints was to provide some kind of reference or inspiration for our readers. I believe it wouldn't be a bad thing if any political party would draw some inspiration from what I wrote. However, if they found what I wrote disagreeable, they could as well dismiss it as rubbish.

In the face of unprecedented challenges, it is my hope that PH will find its own values, protrude its own strengths and convince the public with its administrative performance.

If our political leaders continue to live in their own fantasies and continue to antagonize dissident views and criticisms, I'm afraid they won't go too far from here.