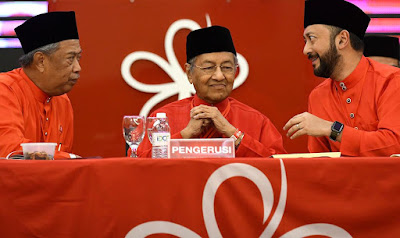 THE party constitution needs sweeping changes if Bersatu Pribumi is to grow in strength, said its deputy president Mukhriz Mahathir.

This is because Bersatu Pribumi modelled its constitution on Umno’s, when the splinter party was formed in September 2016, he told a recent meeting of party delegates from the central region in Shah Alam. 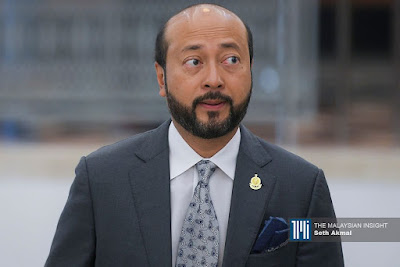 Bersatu Pribumi is proposing to do away with its “one-member, one-vote system” for now and use the Umno model of electoral college system, said the party’s constitutional amendment committee chairman Mukhriz Mahathir.

In a recent briefing to party delegates in Shah Alam on the proposed constitutional amendments, Mukhriz said the current “one-member, one-vote system” was not practical to be used in the coming party polls due to logistical difficulties.

Malaysiakini just reported in its Following PKR’s lead, Bersatu to open voting to all members, that:

The Bersatu Pribumi supreme council has approved the move that would open voting in party elections to all members, becoming the second Malaysian political party to do so after PKR.

Unlike PKR’s implantation, however, this would only be limited to elections at the branch and division levels, rather than including its top leadership.


But on a serious note, what Mukhriz Mahathir proposes for the top three positions in the party – chairman, president and deputy president – to be uncontested in the coming (Parti Pribumi) party polls is his (and Dad's) wish for him to become the president of the party, replacing Muhyiddin.

To do so, Mukhriz needs time and an assured ascension protocol.

Also, if Pribumi adopts UMNO’s existing process where the party president is chosen from and by division chiefs, then it's obvious Mahathir and Chye-Chye want the same model to enable Chye-Chye to be the Chief.

The UMNO-style of division chiefs will no doubt create a warlord system, undeniably with potential for corruption (but so what insofar as Maddy is concerned) - it’s easier to control (or rather, bribe) 'x' number of warlords than to buy votes from hundreds of thousands or millions of party members.

Conveniently now, Mukhriz is the party deputy president while his father is the chairman and Muhyiddin Yassin is the president. Papa retires, Uncle Moody eff-ed off, and semua kowtim.

Indeed, in a recent interview with Nikkei, Chye-Chye precisely said he is prepared to follow in his father’s footsteps. Adding to this unusual Mukhriz-temerity, there is now a new rumour that he may be deputy to PM Anwar Ibrahim. 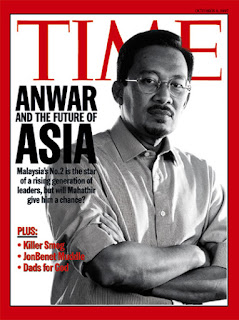 It seems there will be some kind of 'unwritten' Memorandum of Understanding (MOU) a la the old Lebanese leadership protocol (Muslim President, Christian PM and then vice versa) between Pribumi and PKR, where when the PM goes to Pribumi, the DPM bestowed on PKR, and vice versa whenever there is a change of PM-ship.

I wouldn't be surprised if Lim Kit Siang has brokered that, wakakaka. Lim KS has been full of surprises including the recent revelation he coached Mahathir into forming Parti Pribumi, wakakaka. But will the formation of Pribumi one day bite Chinese Malaysians? Lim KS may yet have a lot to answer.

Of course, as Lim KS admitted, neither he nor any Chinese politician will ever be PM or, I suspect, even DPM. 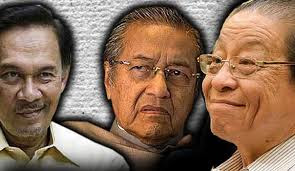 Thus, in the meanwhile, Mukhriz has to buy time when (as the rumour goes) he claimed the non-existence 2-year power transition time frame. Yes, he needs time to consolidate his power in order to be appointed as the DPM to continue the Mahathir Dynasty.

If this new vogue rumour is to be believed, imagine the future top 2 pairings in Malaysia as follows: