KUALA LUMPUR, July 17 — The Attorney General’s Chambers (AGC) has clarified today that there is insufficient evidence to investigate the death of Teoh Beng Hock for murder.

The AGC in a letter to Teoh’s family legal representative Ramkarpal Singh dated July 8 this year, stated that there is not enough evidence to reopen the case under Section 302 of the Penal Code, which handles murder.

“The instruction from the Chambers to the Police to open an Investigation Paper classified under Section 342 of the Penal Code is merely an administrative procedure.

“This decision was necessary because despite numerous rounds of scrutiny by officers in Chambers, most recently in March 2019, of the evidence collected from investigation into possible homicide following the Court of Appeal’s finding, the present state of evidence is insufficient to proffer a charge under Section 304 or 304A of the Penal Code.

“This recent classification does not however in any way prevent investigators from looking into the truth or as to who were involved in his death,’’ said the letter signed by Attorney General (AG) Tommy Thomas. [...]

In response, Ramkarpal said he disagrees with the findings and urge the AG to relook into the case.

“We take a very different view, we feel there is sufficient evidence for homicide. We know the identities of the officers concerned. Their identities are known, now the question of the involvement and the roles that they have.

“To say insufficient evidence, I don’t think it is acceptable. We urge the AG to scrutinise the evidence before him,’’ he said.

Ramkarpal said he has sought an appointment with the AG sometime this week to seek further clarification. 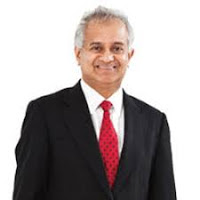