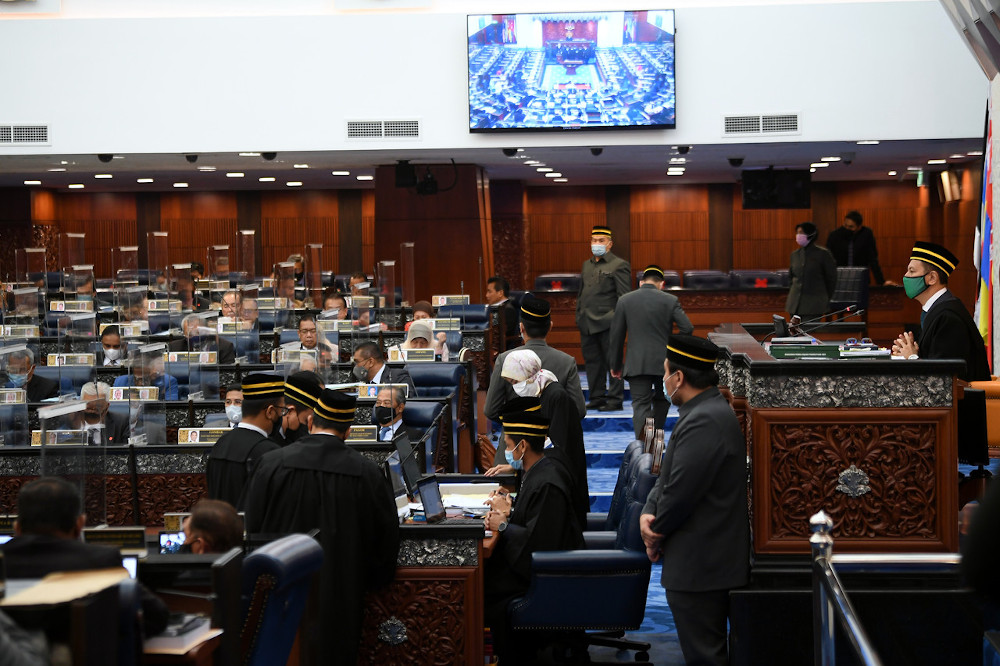 The PN government succeeded in getting its Budget 2021 through the third reading in the Dewan Rakyat after MPs voted 111-108 in its favour today. — Bernama pic

KUALA LUMPUR, Dec 15 — Despite all the speculation and drama in the last few weeks, the Perikatan Nasional (PN) government’s Budget 2021 was passed 111-108 in its third reading in the Dewan Rakyat today.

Speaker Datuk Azhar Azizan Harun announced the absence of one MP when the Opposition called for bloc voting. It is believed the missing lawmaker is Gua Musang MP Tengku Razaleigh Hamzah from Barisan Nasional.