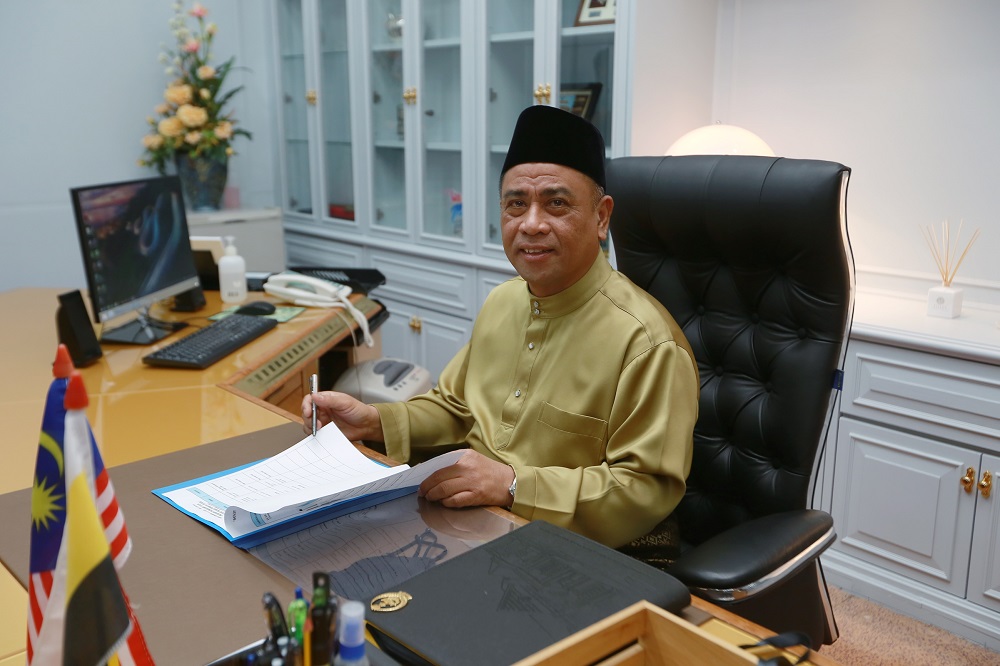 Saarani was responding to questions about the absence of PAS lawmakers from the exco that currently has four Umno and one Bersatu assemblymen.

“As a mentri besar I can only suggest the name of the excos. The one who has the absolute power to appoint them is the Sultan,” Saarani told a press conference at the State Secretariat Building here.

When asked if he had suggested any PAS assemblymen as excos to the Sultan yesterday, Saarani said he only suggested five names for a start.

Saarani said that he will suggest another five after the state’s 2021 Budget was approved.

He also said the portfolios will be decided once the other five were appointed.

“On Monday, I will call for the first exco meeting to get approval on the existing Budget. And on Tuesday, we will call all 59 state assemblymen to Casuarina Hotel to brief them about the Budget.

“This will allow them to debate about the Budget when the State Legislative Assembly reconvene on Wednesday for Budget tabling.

“We are doing this to show that the new government is not losing focus to put the people’s agenda first,” he said.

Yesterday, five state lawmakers were sworn-in as the excos at the Istana Iskandariah in Kuala Kangsar after Saarani took his oath of office as the MB.

Perak PAS commissioner Razman Zakaria said that the party believes Saarani will not forget about PAS on the appointment of excos when asked to comment on PAS assemblymen not being listed in the first round of excos' appointment.
*********
kt notes:
Kerbau. HRH ONLY appoints the MB. HRH doesn't appoint the exco but only approves those appointed by MB.
Posted by KTemoc at 12:26 pm