Najib: ‘Meat cartel” scandal did not happen during BN’s time

Najib: ‘Meat cartel” scandal did not happen during BN’s time 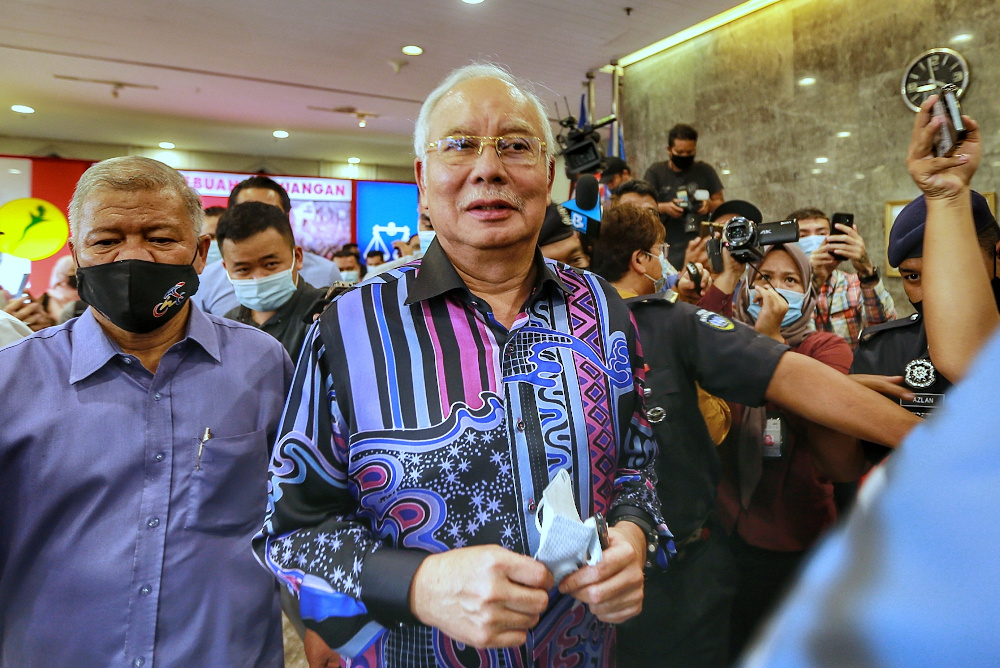 Datuk Seri Najib Razak has denied claims that the ‘meat cartel’ scandal happened when he was prime minister. — File picture by Ahmad Zamzahuri

KUALA LUMPUR, Dec 27 — Datuk Seri Najib Razak has denied claims that the ‘meat cartel’ scandal that imports non-certified meat products and passes them off as halal products, happened during his time in office as the prime minister.

Najib said the former Barisan Nasional government would have taken serious action against the syndicate if it had received any official complaints or information.

“Although the media had reported that this issue happened 40 years ago, from my memory the meat cartel issue did not arise during our government and we also never received any official complaints.

“I have also checked with the relevant ministers at the time and they too have confirmed that there were no official complaints received and the media too did not raise this issue during my time as the prime minister,” he said in a statement posted on his Facebook account today.

Najib said based on his research the issue was first raised in October 2019, reported by Asia Sentinel after an Australian halal certification body had their recognition withdrawn by Jakim (Department of Islamic Development Malaysia).

In November 2019, Asia Sentinal reported that there were corruption issues among Jakim officers but was dismissed by the Pakatan Harapan (PH) religious affairs minister and deputy minister.

“At the time, MACC (Malaysian Anti-Corruption Commission) political appointee chief Latheefa Koya had promised to investigate the matter and give an update later.

“The issue had then been forgotten and Latheefa also didn’t give any update pertaining to the issue until she resigned when the PH government was toppled.

“Anyhow, the religious affairs minister during Pakatan Harapan’s administration had now come out to say that MACC never investigated this issue when he was the minister.

“So I think we need to ask Latheefa and Fuziah (former religious affairs deputy minister Fuziah Salleh) what is the status of the investigation into the meat cartel issue throughout the four months they were investigating,” said Najib.

The story first broke on Monday (December 21) when it was revealed that senior officers from at least four government agencies were believed to be working hand-in-glove with a cartel specialising in bringing non-certified meat, including kangaroo and horse, into Malaysia and passing it off as halal-certified products.

Unnamed sources were quoted by the New Straits Times claimed that senior officers who were entrusted with ensuring that halal standards are upheld, have instead received bribes and sexual services, in exchange for ensuring the cartel’s operations go undetected.

It is understood that the cartel has been in operation for more than 40 years, and is said to import meat from non-halal-certified slaughterhouses in countries such as Brazil, Bolivia, Canada, Colombia, Spain and Mexico.

The only countries that have been certified by the Malaysian authorities for the import of halal meat are Australia, Argentina, Brazil, India, South Africa, Pakistan, Japan, New Zealand and the United States, with imports handled by the Malaysia Islamic Development Department and Veterinary Services Department.

Similarly, the Malaysian Quarantine and Inspection Services Department, Customs Department and port police are in charge of managing the supplies once they enter Malaysian ports, and it is believed officials from that agency are also implicated.
Posted by KTemoc at 9:32 pm