Mahathir eff BERSATU for being a multiracial party 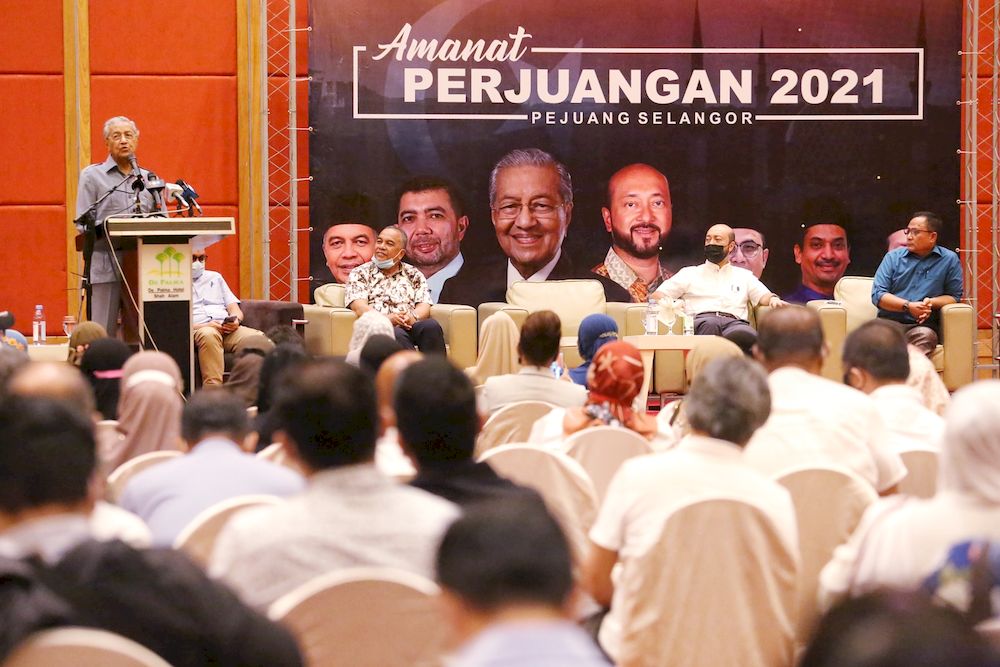 “The other members, coming from PKR they are non-Muslims and they claimed they want to form a Malay-Muslim government. We never claimed that,’’ said Dr Mahathir, referring to Bersatu’s stance under his stewardship in the then Pakatan Harapan coalition.

“Of course we need to have our own dominance perhaps but Malay interest will be looked after by us in the context of a multiracial government. That has been the case of Malaysia since independence. There has never been a Malay-Muslim government.

“Now is proven to be a lie, because Bersatu which is a Malay-Muslim party is now a multiracial party,’’ he said, referring to the party’s recent admission of non-Bumiputera members.
Posted by KTemoc at 6:59 pm