Warisan's expansion into Peninsula - What 'deep pockets' can do 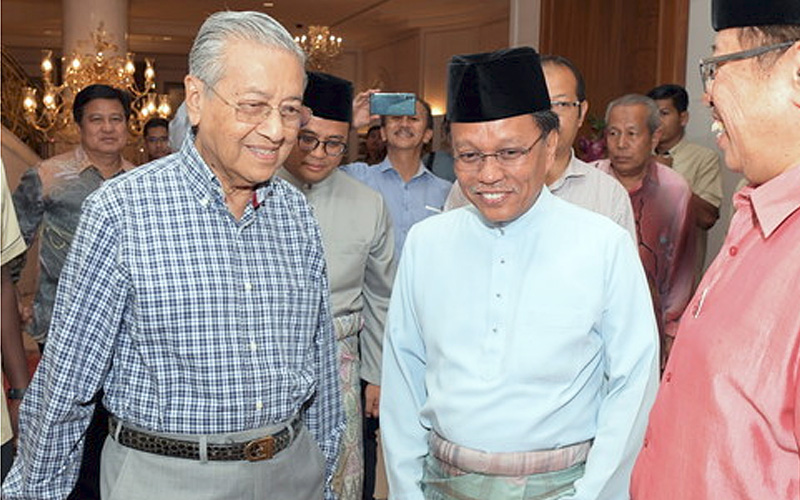 KOTA KINABALU: Warisan’s announcement that it is expanding to Peninsular Malaysia has prompted a political analyst to see a way for Dr Mahathir Mohamad to gain a political platform if he fails to register his new party, Pejuang.

Speaking to FMT, Awang Azman Pawi of Universiti Malaya (UM) noted that Pejuang was finding it difficult to get registered and said Mahathir could end up joining the Sabah-based party.

He said he expected Warisan to welcome the former prime minister into its fold since he could help the party gain acceptance on the peninsula.

Azman also noted that Warisan chief Shafie Apdal held Mahathir in high esteem and that this contrasted with his current attitude towards other opposition leaders.

During Warisan’s annual general meeting on the weekend, Shafie warned Pakatan Harapan of defeat in the next general election (GE15) if its current leaders were to remain at the helm.

He also said Warisan had unanimously decided to spread its wings to the peninsula, starting with branches and divisions in Johor and Selangor, where there are high concentrations of Sabahans.

However, Awang Azman said Warisan, being a new party and still considered a state-based party, would find it tough to compete at the national level with the likes of PKR, Umno and DAP.

He said Warisan’s decision against standing with PH in the budget vote might have put off opposition supporters and it could not rely on the advantage of its appeal with Sabahan voters in Peninsular Malaysia because there were not many of them.

Moreover, he added, Warisan would have to focus on the interests of all communities and not just the Sabah cause.

“Warisan’s organisational structure would also need to change, with at least 50% of its leaders coming from Peninsular Malaysia.

“If this is done, it would provide an opportunity for Pejuang leaders to have a role,” he said.

Awang Azman added, however, that Warisan had yet to prove itself as a party worthy of the national electorate’s support.

“Warisan failed in Sabah when the government it led fell. It also lost many of its seats to Gabungan Rakyat Sabah (GRS) in the ensuing election.”

Another analyst, Lee Kuok Tiung of Universiti Malaysia Sabah (UMS), said Warisan had thus far been drawing on its strength as a local party.

“Since its formation, its local identity has been its strength to the point that even DAP opted to use the Warisan logo in the last state election.”

However, he added, this did not mean that it should not expand beyond Sabah.
*********
kt notes:
A case of mutual benefits - Shafie salves his ego in the hope of becoming PM, whilst Mahathir solves his party-registration problem by joining Warisan.
Here's a case of what 'deep pockets' can do.
However, Shafie will be stupid to believe Warisan's expansion into Peninsula will help his personal ambitions. It's all Mahathir's Machiavellian machinations for his own & family's political benefits.
Posted by KTemoc at 5:56 am