Umno Youth has proposed that the Department of Islamic Development (Jakim) expand the number of workers in its halal division.

This came following the revelation that a cartel had been smuggling non-certified meat into the country and passing it off as halal for 40 years.

Umno Youth chief Asyraf Wajdi Dusuki said at present, the number of halal division workers did not match the volume of work involved locally and abroad.

"Umno Youth was informed that some halal (division) staff members at the state level are still contract workers even though they have been at the job for eight years or more.

"There needs to be an immediate increase in halal supervision workers in Jakim and state religious departments that can cope with the dire need, not just for halal certification, but monitoring and enforcement," he said in a statement today.

Asyraf also called on the disclosure of the companies involved in the meat cartel, and for all their products to be recalled from the market.

He urged a multi-enforcement agency taskforce to investigate the matter and bring the mastermind to justice.

KUALA LUMPUR, Dec 23 ― A top officer from the country’s federal Islamic agency has reminded Muslims today against producing allegations and comments on the halal meat scandal that do not come with strong backing or evidence.

The Malaysian Islamic Development Department (Jakim) Deputy Director-General (Operations), Datuk Abdul Aziz Jusoh was reported saying the issue is still under investigation, and any negative comments may adversely affect trust in Malaysia’s halal certification at both domestic and international levels.

“This can indirectly create anxiety among the community and can affect the importers and operators of the country's meat industry who have obtained valid halal certification.

“The Government of Malaysia has established that the importation of meat and meat products is only allowed from abattoir or processing plants approved by the Veterinary Services Department and Jakim,” he was quoted saying in Al Hijrah Online.
When the all mighty JAKIM becomes defensive and cringy on a matter of halal-ness, instead of raving, threatening and prowling around hunting preys in aggressive predatory fashion as per its traits, as we observed in the Cadbury, Mc-Halalness, the recent Merry X'mas cakes etc bullshits, there may possibly be two or three issues, namely:
(a) It is ashamed of its questionable credibility, competency and lack of vigilance, and
(b) mateys, you work this 2nd issue out yourselves, wakakaka.
(c) JAKIM is tokking kok in calling upon Muslims to quieten down as their complaints may adversely affect trust in Malaysia’s halal certification at both domestic and international levels. Mate, JAKIM's halal certification has already been totally eff-ed.
It's just like PAS deputy minister telling Muslims not to make noise about those Islamic preachers who have been sexual predators and paedophiles. You can't hide your eff-ing sins, let alone CRIMES, no matter how Islamic you think you may be.
And to make matters worse FOR HIMSELF, Parti Amanah Salahuddin Ayub, his party's national deputy president and formerly Pakatan Harapan Minister for Agriculture etc, has the eff-ing brazen cheek to demand his PN successor, the agriculture and food industries minister, explain the recent discovery of a syndicate said to have been selling non-halal meat in Malaysia for 40 eff-ing years.
Yes mate, the alleged 'meat cartel' has been selling dodgy meat to Muslims in Malaysia for 40 eff-ing years! And didn't that period cover Salahuddin's tenure as Minister of Agriculture (May 2018 to Feb 2020)? Wakakaka.
Anyway, Salahuddin pompously uttered: “The issue clearly raises questions about the agency’s integrity in developing the national halal industry.”
Too right, dumbo, and he himself too should be answering for it.
But whatever, it's just a bunch of useless suggestions coming from all over bullshitters, that the government (whichever is unfortunate enough to be in power when the scandal is exposed, wakakaka) needs to take action  against corrupt practices.
Wakakaka, ya lah, NST exposed the scandal on 21 Dec, as follows:
KUALA LUMPUR: Senior officers from no fewer than four government agencies are believed to be working hand-in-glove with a cartel specialising in bringing non-certified meat into Malaysia and passing it off as halal-certified products.

kt comments: The cartel is eff-ing BIG, mates, wakakaka, where as many as 4 govt agencies and with their SENIOR officers working very rapat with crooks.

These senior officers, entrusted with the responsibility of ensuring that halal standards are upheld, have instead received money, and in some cases even women for sex, as bribes in order to turn a blind eye to the cartel's operations and ensure that the its activities go undetected.
kt comments: what sort of Muslims are these SENIOR govt officers responsible for halal standards? And may I ask again, why is JAKIM being so defensive?
It is understood that the cartel has been in operation for more than 40 years. 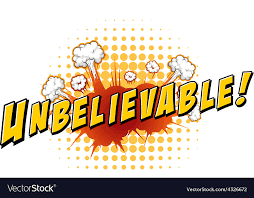 It is believed the cartel imports meat from non-halal-certified slaughterhouses in a few countries, such as Brazil, Bolivia, Canada, Colombia, Spain and Mexico.

The only countries that have been certified by the Malaysian authorities for the import of halal meat are Australia, Argentina, Brazil, India, South Africa, Pakistan, Japan, New Zealand and the United States, with imports handled by the Malaysia Islamic Development Department and Veterinary Services Department.

The Malaysian Quarantine and Inspection Services Department, Customs Department and port police, meanwhile, are in charge of managing the supplies once they enter Malaysian ports.

The cartel's years of operations means it has a solid system to ensure the products — from the slaughterhouses until they leave the ports for the markets — escape official scrutiny.

Sources speaking to the New Straits Times said the process began abroad, where government agency officers entrusted with supervising the quality of the meat at the slaughterhouses would sign off on the products whether or not they met Malaysia's rigorous halal and quality standards.

A source said in some cases, the officers, after being bribed, would sign off on the products even before they arrived at meat processing plants for checks.

"Two agencies are largely responsible for issuing approvals for products from meat processing plants abroad. But the sheer number of meat products from plants of dubious quality entering Malaysia has raised questions about the system's effectiveness."

The source said once the cartel bypassed the first stage of inspections, it faced few problems bringing the products into the country via the country's ports.

The cartel, said the source, had over the years worked to secure "representatives" in government agencies based at the ports.

This, said the source, was made possible only with the involvement of very senior officers from agencies working with the cartel.
Another NST report tells us:

Sources told the New Straits Times that among the stock they bring in are kangaroo meat, horse meat and beef. However, the beef is from animals of poor quality or even diseased, so it is obtained at much lower prices.
Apart from Salahuddin tokking kok, UMNO Youth Chief Asyraf Wajdi Dusuki was also tokking kok in suggesting JAKIM recruits more staff, implying JAKIM does not have enough eff-ers who spent time on eff-ing useless pursuits.
The eff-ing real issue is the corruption of staff involved in halal certification process, not their small numbers.

Apart from JAKIM becoming defensive (which sets off the red lights and siren, wakakaka), has any officer involved with the halal process, including past and retired ones, being arrested, charged and jailed?
As usual, zilch!
But wait, there is a hope for the guilty, namely, just blame someone, any one from DAP, wakakaka.
Posted by KTemoc at 7:21 pm