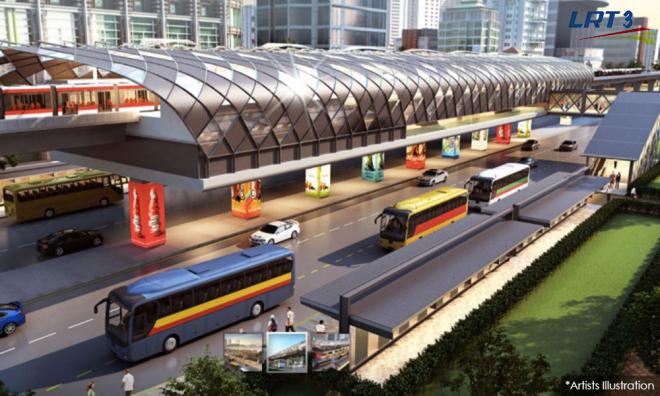 The top executives of 17 contractors and consulting firms involved in the LRT3 project have turned to the government for help as they are owed more than RM700 million for work done since July and this amount is expected to break RM1 billion this month.

According to a joint-letter which the companies sent to Finance Minister Tengku Zafrul Abdul Aziz and Transport Minister Wee Ka Siong today, they said Prasarana has not paid them for the work done on the LRT3 project from July to December and are now facing difficulty to continue with the rail construction.

"Dato' Seri, in order to ensure the project meets the deadline of development progress as set by Prasarana, we have tried our best to fund the works through our own internal funds.

"However, we can no longer do so as the outstanding sum owed is quite huge. This is putting major pressure on our finances and has impacted the development progress of this project," according to the letters sighted by Malaysiakini.

It is understood that the same letter will also be sent to Prime Minister Muhyiddin Yassin on Monday.

Sources familiar with the matter said Prasarana chairperson Tajuddin Abdul Rahman has been turning the screws as he wants a say on the appointment of subcontractors for the LRT3 project. The Umno leader was appointed as the Prasarana chairperson in May.

At the time of writing, Tajuddin has yet to respond to Malaysiakini's requests for comment.

"We have no comments on this subject for now," said a Prasarana official in a text message.

One of the sources told Malaysiakini that the delays were despite Prasarana having the funds to make the payments owed to MRCB-George Kent as the project's main contractor.

"The project progress by the 17 companies has reached 43.4 percent as of the end of November.

"What is the rationale of withholding the payment to MRCB-George Kent when the companies have worked hard to achieve the progress and exceeded target?" asked the source.

The source said an RM280 million received on Oct 3 was only for work done between February until June.

Prasarana, a wholly-owned unit of the Finance Ministry, is the owner of the LRT3 project.

A total of 17 companies, including MRCB-George Kent, are involved in the construction of the LRT3 line.

According to the letters, the withheld payments have led to a chain of delayed payments not only to suppliers and other stakeholders, but also commitments with financial institutions. The situation is also made worse by the impact of the Covid-19 pandemic to local businesses and their overall operations involving over 10,000 workers, they said.

Documents sighted by Malaysiakini stated that payments from Prasarana to MRCB-George Kent is due on the eighth of every month for immediate release to the subcontractors.

Prasarana had previously declined to comment on a report by The Edge which questioned the leadership and direction of the company since Tajuddin's appointment as chairperson.

Earlier this month, The Malaysian Reserve reported that Prasarana had demanded more say in the appointment of subcontractors, but their request was rejected by MRCB-George Kent, resulting in the withheld payments.

The financial daily also quoted a source who alleged that a high-ranking individual in Prasarana had asked MRCB-George Kent to award a work package worth some RM300 million to a particular firm linked to the individual.

The LRT3 project started in August 2015 with an initial budget of RM10 billion to serve some two million people along the Bandar Utama-Johan Setia route but the costs tripled to a whopping RM31.65 billion.

It was among several mega infrastructure projects reviewed by the federal government after Pakatan Harapan came into power in May 2018.

In July 2018, the LRT3 project resumed with the final total costs reportedly reduced by 47 percent to RM16.63 billion.

Among the changes include replacing the project delivery partner model with the turnkey model.