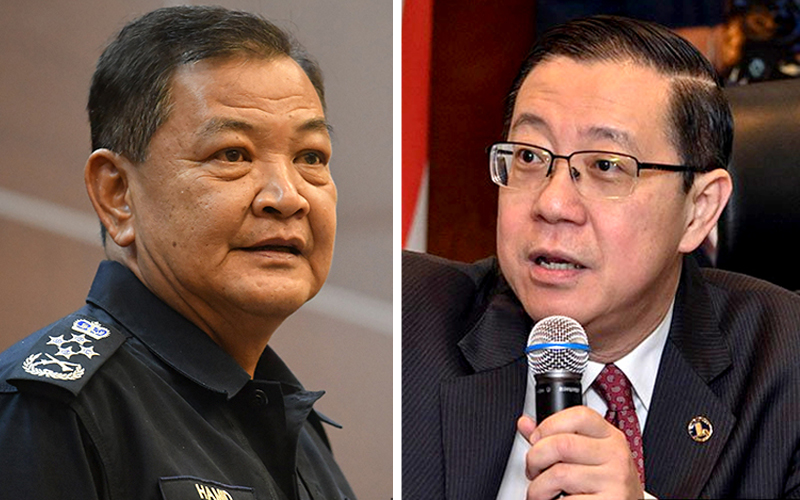 Inspector-General of Police Hamid Bador sent a text message to Lim Guan Eng about the postponement with an apology for the mix-up.

PETALING JAYA: DAP secretary-general Lim Guan Eng’s questioning over two press releases he made in 2019, scheduled for tomorrow, has been postponed to a later date next year.

In a statement, Lim said police had contacted his lawyer and Puchong MP Gobind Singh Deo to postpone the questioning.

He said police had earlier summoned him to the Timur Laut district police headquarters in Penang at 10am on Dec 24 to record a statement.

Lim also claimed that Inspector-General of Police Abdul Hamid Bador had apologised to him in a text message “for his officer’s oversight” in wanting to question Lim on Christmas Eve.

“I thank him for his Christmas greetings to me and my family,” he said.

Yesterday, Lim revealed that police were investigating him over two press releases he made when he was still finance minister.

Lim claimed that the decision to question him was the “latest act of political persecution by Perikatan Nasional”, where the current government had “weaponised” enforcement agencies against the opposition.

Former prime minister Najib Razak then criticised the police over their decision to set the date on Christmas Eve, saying it would only allow the opposition to instigate the people.

Instead, he suggested for Lim to be called in on the first week of next year.
Posted by KTemoc at 4:01 pm