UMNO to contest GE-15 without Muafakat or Perikatan but as BN? 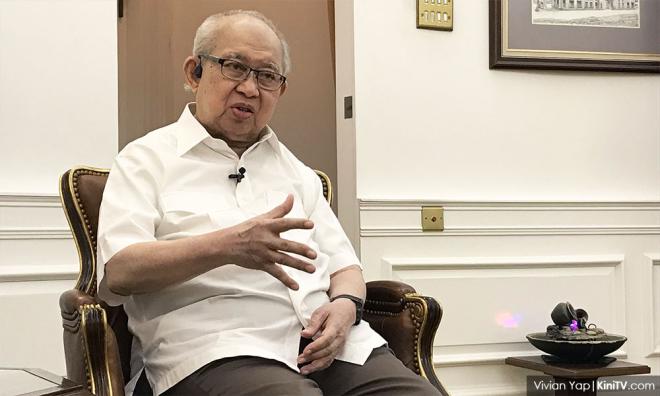 Umno is strong enough to contest in the next general election (GE) without having to work with either PAS or Bersatu, said the party's advisory board chairperson Tengku Razaleigh Hamzah.

In an interview with Malaysiakini, Razaleigh, known as Ku Li, didn't rule out the possibility of the party charting its own course under BN, based on its electoral track record.

With PAS now seen as favouring Bersatu more than Umno, the Gua Musang MP said this could affect Umno's chances to reclaim the federal government.

"Remember, before this we didn't rely on them (PAS and Bersatu). We contested, or faced the GE, as BN. And we won many seats.

"We won in the south as well as the west coast. We have proven our strength in the previous GEs," Ku Li said.

In the 14th GE, Umno clinched 54 seats but, since then, 16 of them had defected to Umno-splinter party Bersatu.

Umno and PAS had formed an alliance - Muafakat Nasional - last year when the Pakatan Harapan federal government was still in power.

The duo combined forces with Bersatu, which left Harapan in February this year through what is now called the Sheraton Move.

Subsequently, PAS also officially joined the PN coalition but Umno had opted out.

Despite the party being in the government, several Umno leaders had openly vented their frustrations with Bersatu for apparently sidelining Umno.

In the latest series of frustrations, the PN government was said to have compromised Umno conditions to support the 2021 Budget, which was to allow a one-off RM10,000 withdrawal from EPF Account 1 fund without condition as well as an automatic loan moratorium. For now, Ku Li said the party has yet to decide whether it will join hands with PAS and Bersatu in the 15th GE.

"Besides, we do not know if the cooperation (with PAS) will be accepted by the public, generally," he said.

For the record, BN secretary-general Annuar Musa recently said seat distribution discussions for the general election between Umno and PAS have reached 60 to 70 percent, but a detailed discussion with Bersatu has yet to begin.

Portraying Umno as a "national movement", Ku Li stressed that the party represents everyone, regardless of race.

"All these while, we portrayed our position as a national movement which represents all races. Everybody is included in our movement.

"So, for now, we let the leadership decide (the party's direction)," he said.

Muhyiddin had revealed that the country would have a general election after the Covid-19 pandemic subsides. The first batch of vaccines for Covid-19 is expected to arrive in February next year.
Posted by KTemoc at 9:34 pm