Gone are the days of His Almightiness, wakakaka

Report: High Court strikes out suit by Dr Mahathir, four others challenging appointment of Speaker and his deputy 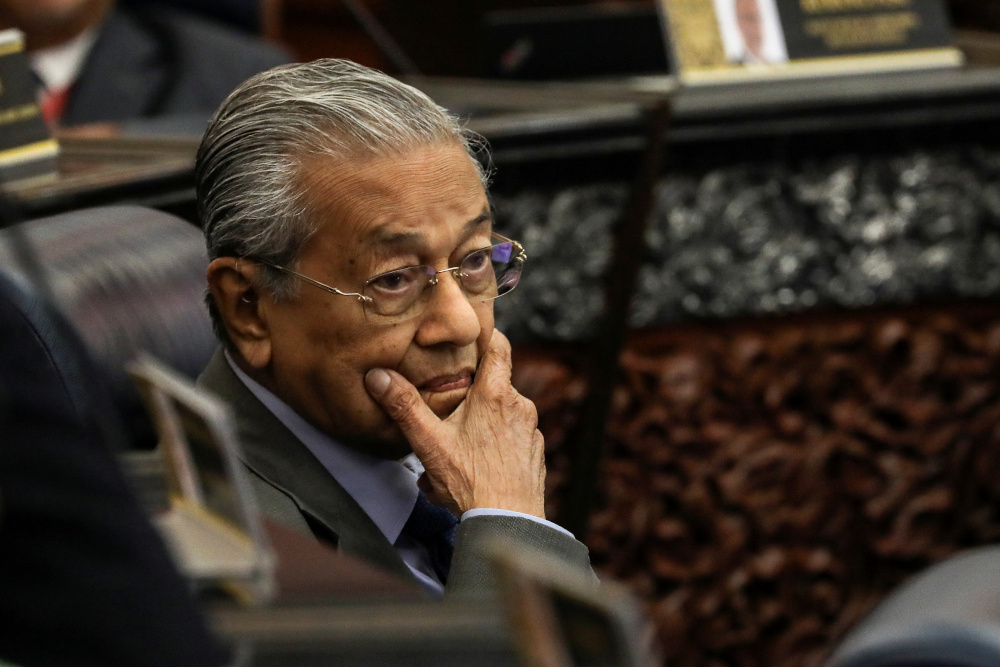 On July 23, Dr Mahathir and the four MPs filed an originating summons to challenge the appointment of Azhar and Azalina as the Speaker and deputy Speaker respectively. — Reuters pic

KUALA LUMPUR, Dec 30 — The High Court here today allowed an application by Dewan Rakyat speaker Datuk Azhar Azizan Harun and his deputies to strike out a lawsuit filed by Tun Dr Mahathir Mohamad and four other MPs questioning the validity of the formers’ appointments.

In delivering the High Court’s decision, High Court Judge Datuk Ahmad Kamal Md Shahid said the court was prohibited from questioning the business of the Dewan Rakyat since only Parliament has the sole power and jurisdiction to decide on the issue of the appointment.

“The appointments of the Speaker and deputies were debated and voted on during the sitting on July 13, where 111 MPs voted in favour while 109 MPs voted against.

“The appointments are part of the Dewan Rakyat proceedings,” Ahmad Kamal was quoted as saying by Free Malaysia Today.

On July 23, Dr Mahathir and the four MPs filed an originating summons to challenge the appointment of Azhar and Azalina as the Speaker and deputy Speaker respectively.

They were seeking a declaration that the two posts have remained vacant since July 13 and the appointments of Azhar and Azalina were void as they are unconstitutional.
Posted by KTemoc at 1:42 pm