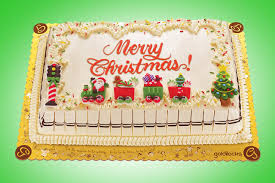 As Malaysia becomes more radical and extreme, this year’s Christmas has again attracted blockbuster drama from some silly religious fanatics whose faith in Islam appears to be challenged – by cakes. Apparently, bakery or cake shops with “halal certification” cannot decorate cakes with “Merry Christmas” greetings if the goal is to display the cakes at the shops.

According to JAKIM deputy director-general (Operations) Abdul Aziz Jusoh, permission for a cake to be decorated with religious celebrations such as Christmas is only allowed if a shop makes the cake as ordered and purchased by customers. In short, the cakes must be made to be delivered to customers’ consumption and not for the purpose of display or marketing.


JAKIM’s (Department of Islamic Development Malaysia) statement essentially means cakes with “Merry Christmas” greetings could somehow become a very dangerous weapon if being displayed in shops because Muslims may convert to Christianity at the sight of the cakes. It gives an impression Malaysian Muslims’ faith in their religion is so weak that cakes could trigger apostasy.

The drama exploded following news that a customer was shocked when a bakery shop delivered to him a pre-ordered cake with “Happy Holidays” instead of the original requested “Merry Christmas” greeting. The bakery owner explained it was due to labelling rules set by Jakim that says the halal logo issued by the Halal Management System cannot be used to promote other religions.

On Christmas Eve (Dec 24), Minister in the Prime Minister’s Department (Religious Affairs) Zulkifli Mohamad Al-Bakri acknowledged that as long as the cake was not for display, halal-certified bakeries are not prohibited from taking orders meant for non-Islamic religious celebration. Does that also mean shops cannot display, let alone sell cookies in the shape of cute Christmas tree or snowman?

But if such a greeting is so harmful, why on earth did the moronic Jakim allow extravagant 30ft Christmas trees, Santa Claus, gigantic reindeers, snowmen and whatnot to be displayed in shopping malls? More importantly, should not Jakim send officers to arrest Malay Muslims who happily took photos with those decorations, which obviously meant for non-Islamic religious celebration?

During the 2017 Christmas, controversial preacher Zamihan Mat Zin from the same Jakim Islamic Department said Christmas trees and other decorations that symbolise the celebration worldwide should not be allowed. The extremist argued that such decorations will offend the feelings of Muslims as it could stir the sensitivity of the Muslim community, whatever that means.

Fine, let’s assume the two words – Merry Christmas – are the ultimate WMD (weapon of mass destruction) that can destroy the faith and will drive Malay Muslims to abandon Islam in droves. But if a cake can have such a great influence, how about the country’s top leaders who explicitly used the two magic words to wish the country’s population of 32 million who celebrate Christmas?

Yes, backdoor Prime Minister Muhyiddin Yassin had wished Merry Christmas to all Christians. The Yang di-Pertuan Agong (King) and Raja Permaisuri Agong (Queen) too had similarly extended their Christmas and New Year wishes to all Malaysians. So, why bakery shops cannot wish people Merry Christmas through a cake, but prime minister and the King can do so through news media?

Should not Jakim summon the premier and the monarch to explain their intentions of wishing Malaysians who celebrate Christmas? Should not PAS extremists and radicals lodge thousands of police reports against PM Muhyiddin and the Agong and Queen? Before you foam at the mouth screaming that there’s nothing wrong for a Muslim to wish a Christian a Merry Christmas, continue reading.

During the 2018 Christmas, Muhammad Khalil Abdul Hadi, the son of PAS Islamist party president Hadi Awang, warned Muslims not to celebrate Christmas – claiming it was an acknowledgement of the Christian religion and has elements of “syirik” or idolatry. In fact, the narrow-minded Khalil said Muslims are forbidden from posting Christmas greetings at all.

Based on PAS’ idiotic argument and half-baked logic, Jakim and police have every reason to grill and interrogate the prime minister and the monarch, no? In the same breath, Muslims should be prohibited from entering shopping malls or hotels decorated with Christmas celebration because not only they may be influenced by elements of idolatry, but also could encourage apostasy.

In reality, Jakim is not only clueless and incompetent, but is also a corrupt overpaid Islamic department. Heck, it’s an understatement to say Jakim is a wasteful and useless agency. The backdoor Perikatan Nasional government was indeed very dumb to dump RM1.4 billion in the recent Budget 2021 for the federal agency that claims to regulate Islamic affairs.

An underground “meat cartel” has just been exposed for distributing fake halal beef as well as passing off the horse and kangaroo meat as beef to Malaysian Muslims for the last 40 years. The cartel’s scam involves importing non-certified meat from countries like Brazil, Bolivia, Canada, Colombia, Spain and Mexico, before repackaging it with fake halal logos and documentation.

According to the New Straits Times, the syndicate would buy meat, including beef from animals of poor quality or even diseased, at up to 50% cheaper than meat obtained from certified slaughterhouses. The non-halal meat would be shipped to Malaysia and transported directly to the cartel warehouses, where it is mixed with certified halal meat.

The shipment of the dubious meat would bypass the authorities’ checks and upon repackaging, sold to suppliers and stores across the country. The cartel brings in between 300 and 400 containers a month. While corrupt government officers are paid between RM150 and RM3,000 to release cargoes, officers on the ground receive bribes of between RM150 and RM500 to release each container.

The government loses about RM1.5 million in revenue every month due to the meat smuggling activities. The scandal involves agencies like the Malaysian Quarantine and Inspection Services Department, Customs Department and Port Police, who are in charge of managing the supplies once they enter Malaysian ports namely Port Klang Free Zone (PKFZ), Westport and Northport.

The scam actually began abroad, where government agency officers entrusted with supervising the quality of the meat at the slaughterhouses – JAKIM – would sign off on the questionable meat, even before they arrived at meat processing plants for checks in exchange for bribes and sexual services. Therefore, at least four government agencies are working hand-in-glove with the meat cartel.

The best part is that the scandal has been hidden for the last 40 years – suggesting very powerful politicians and senior government officers, including those from Jakim, are “business partners” of the cartel. It’s both incredible and hilarious that the very Islamic department entrusted to ensure quality of meat becomes the agency that betrays the Muslims by supplying them with non-halal meat.

It means from 1980 to 2020, unsuspecting Malays have been consuming their favourite burgers, sausages, meatball, “sup tulang” (beef bone soup) and “beef rendang” made of diseased non-halal meat largely thanks to Jakim. It also means under Prime Ministers Mahathir Mohamad, Abdullah Badawi, Najib Razak and Muhyiddin Yassin, Muslims are being fed with tainted meat.

Curiously, UMNO and PAS champions, who like to stir up racial and religion sentiments among the Malays that the Muslims and Malay Rulers have lost power to the “Chinese, Christians and Communists”, are as quiet as a church mouse since the meat scandal was exposed. They no longer talk about holding mega rallies to “save Malays”, let alone protect Islam.

Clearly, the “munafiqs (hypocrites)” can’t divert attention by blaming the non-Muslims this time. All the corrupt culprits involved in the meat scandal are 100% ethnic Malay – politicians, government officers and businessmen. Even the companies given the AP (approved permit) to import the meat are 100% owned by Malays or Bumiputeras. This is a simple case of Malays cheating Malays.

Still, the burning question is why hadn’t Jakim conduct random check and test on imported meat to ensure quality and compliance with halal certification throughout the 40 years? If the genius Jakim scientists possessed the expertise to test Cadbury chocolate for pig DNA in 2014, what is so hard about analysing imported meat for horse or kangaroo DNA?

Instead of making a mountain out of a molehill in the petty issue of Merry Christmas greeting on cakes, Jakim and Religious Affairs Minister Zulkifli Mohamad Al-Bakri should explain why tainted meat has been sold since 1980 under the nose of the Islamic department. Where are the holy men like Hadi Awang and Malay heroes like Najib Razak and Muhyiddin Yassin when we need them the most?

At least 4 million UMNO supporters and 2 million PAS supporters have been scammed again. Make no mistake. Those rubbish third-grade poor quality and diseased beef mixed with horse and kangaroo meat are meant for the gullible 6 million UMNO and PAS fanatics. The corrupt leaders consume only top quality meat like Australian and Japanese Wagyu beef.

JAKIM is nothing but a corrupt department disguised as an over-glorified Islamic institution. Their main business is to enrich fake holy men and preachers by selling “halal logo”. To justify their existence and relevance, they would attack minority non-Muslims every now and then. No wonder even Sultan Ibrahim of Johor questioned why Jakim needed RM1 billion budgets back in 2015. 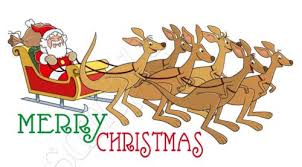 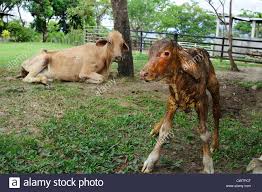 We too, and real (though diseased) beef
Posted by KTemoc at 4:30 pm