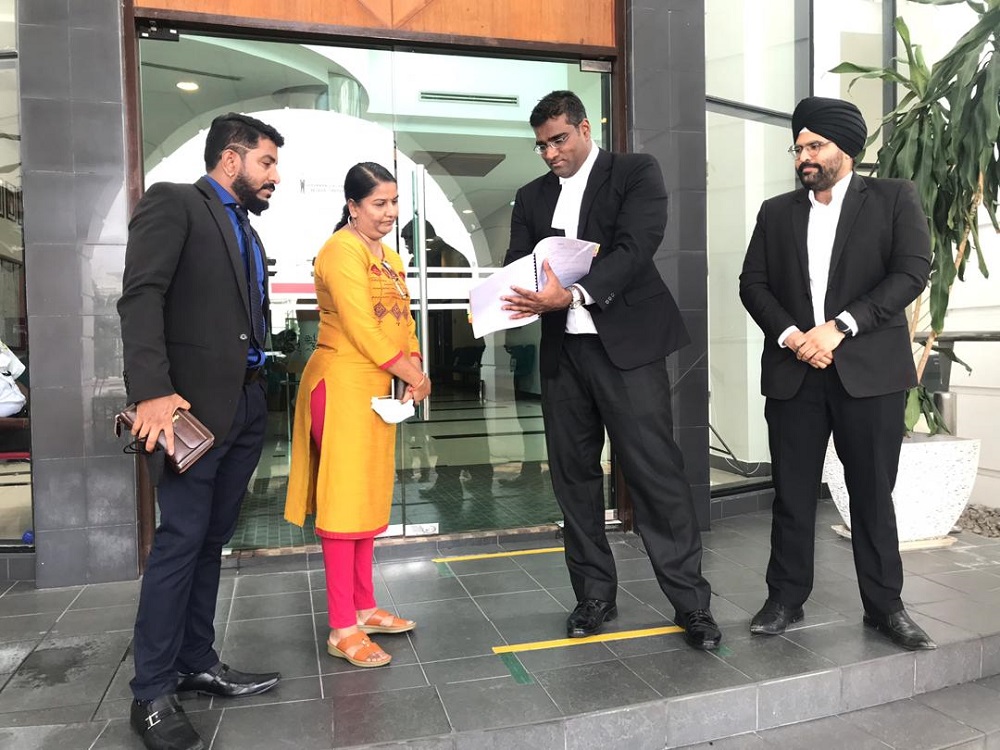 During today’s proceedings, Indira was represented by lawyers Rajesh Nagarajan and Sachpreetraj Singh Sohanpal while the Federal Counsel Safiyyah Omar represented the police.

In his submission, Rajesh said the police have ignored a court order issued in 2014 and failed the entire time to submit any affidavit since May 30, 2014 either to the courts or with Indira’s legal team.

He told reporters after the hearing that the 2014 High Court order included instructions for the police to submit regular updates of their efforts to capture Riduan and recover Prasana.

“The court order clearly stated that the police must on the first week of every month file an affidavit.

“However, since May 30, 2014 police have completely failed to file any affidavit to the court and neither have they served Indira’s lawyers,” he said.

The lawyer said this meant the police have failed to obey the order a total of 79 times to date.
“After the court was informed, the judge has now instructed the Attorney-General’s Chambers to file an affidavit within three weeks from today.

“Setting forth on what has happened in relation to the capture of her ex-husband, formerly known as K. Patmanathan, 51, and Prasana’s recovery.

“They have to put in a form of affidavit and file to the court and give a copy to Indira's lawyers. It must be an exhaustive reply. Completely detailing what transpired from 2014 until today,” he said.

“The purpose is to ensure the police are doing the job and the court can monitor the order,” he added.

Prasana was taken by Muhammad Riduan before he converted to Islam in 2009, when she was just 11 months old.

He had also converted their three children to Islam without Indira’s knowledge.

On May 30, 2014, High Court in Ipoh cites Muhammad Riduan for contempt of 2010 custody order. The court also ordered for his arrest unless Prasana returned by June 6 of the same year. The court also direct police to track down Prasana.

After a protracted court battle that spanned years, the Federal Court ruled in January 2018 that the unilateral conversions of Indira’s children were unlawful.

Despite the ruling, the police have yet to recover Prasana and return her to Indira.