Power-craze - its repulsiveness is horrendously sickening 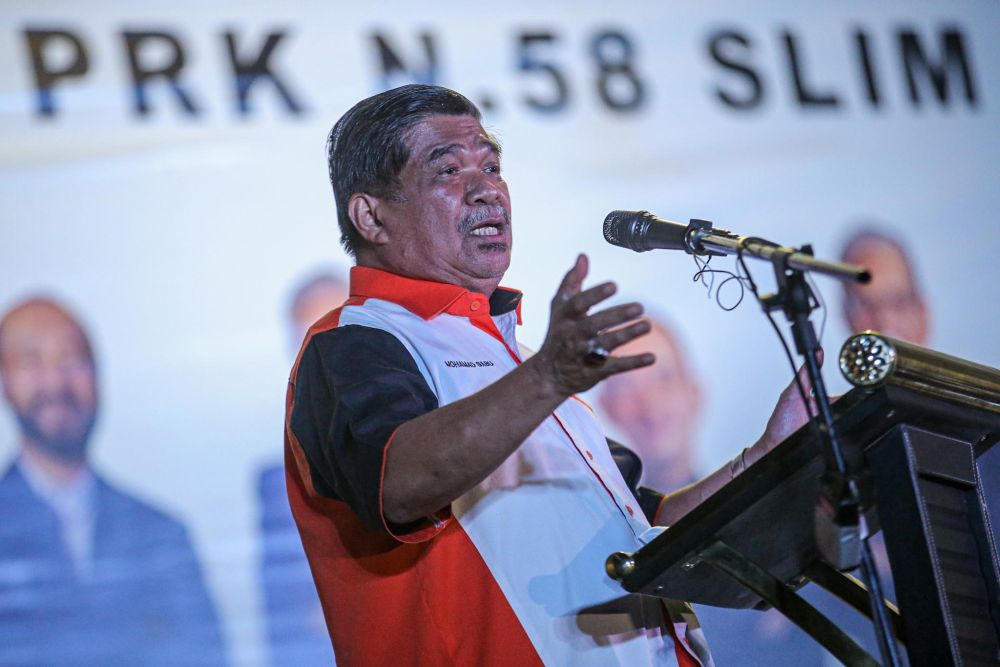 Amanah president Mohamad Sabu said it is imperative for the Opposition to remain united and for the party to act as a bridge between the various parties as they prepare for GE15. — Picture by Hari Anggara

During this year’s convention policy speech, party president Mohamad Sabu recalled that part of the reason why Pakatan Harapan (PH) won the general election in 2018 was due to the leadership and partnership of Tun Dr Mahathir Mohamad and Datuk Seri Anwar Ibrahim.

He said this created a strong coalition which in turn inspired confidence among Malaysians to vote out Barisan Nasional (BN) which had been in power since Merdeka.

Mohamad, who is also popularly known as Mat Sabu, said it is imperative for the Opposition to remain united and for Amanah to act as a bridge between the various parties as they prepare for GE15.

“Moving forward, I am of the view that it is important for Amanah to continue playing a role in strengthening Pakatan Harapan.

“It is even more important to build on Pakatan Harapan’s cooperation with other parties as well as all Opposition parties for a great reset before forming another grand coalition again (for GE15).

“Once again, I emphasise that I am ready to be a bridge to close the divide. Even if I am used as a stepping stone, for the sake of the people and this beloved country, I will do as we have done before, and that is, earnestly and with full commitment,” he told Amanah delegates during the party’s annual convention in Bukit Katil, Melaka.

Mohamad’s call to unite comes amid reports that Dr Mahathir and Anwar are no longer on speaking terms after falling out in June over who should lead the Opposition.

Several coalition sources confirmed to Malay Mail that that there have been no “meaningful” cooperation or official bloc meetings involving the PKR president, the Parti Pejuang Tanah Air chairman and the Parti Warisan Sabah president, Datuk Seri Shafie Apdal for several months.

News portal The Vibes also reported PH secretary-general Datuk Seri Saifuddin Nasution Ismail as saying the former prime minister made it abundantly clear that he wants nothing to do with the coalition anymore.

Mohamad in his speech also touched on how this has affected PH presidential council meetings.
*********
kt notes:
We need to be mindful of the reality that both Mat Sabu and Guan Eng are very devotedly pro Mahathir. Don't ask why, but when men are lustful for power they must have sh*t in their brains to continue supporting a treacherous snake like their beloved Atuk. 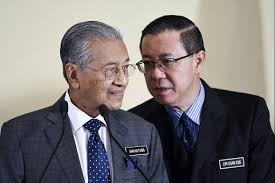 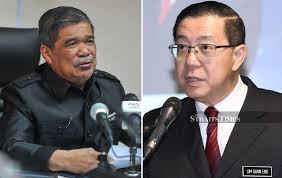 There have been relentless anti Anwar campaigns in recent times, informing us of how pathetic Anwar is as a Pakatan leader. But we need to ask the question (the elephant in the room): If Anwar is considered so hopeless as a Pakatan leader, why then are there so many non-stop anti Anwar campaigns? Eff-ing virtually relentless.
Mates, "someone", a black-hearted eff-er, is undeniably damn scared indeed of DSAI rising to claim the PM post. That the eff-er might possibly be funding the anti Anwar campaigns would and should come as no surprise to us.
Eff Mat Sabu and Guan Eng, aiyoyo, are such treacherous (so-called) allies to have so-easily abandoned Anwar in the ridiculous hope of a quickie return to federal rule via their beloved Atuk. Their greedy repulsiveness make me sick.
Posted by KTemoc at 4:27 pm