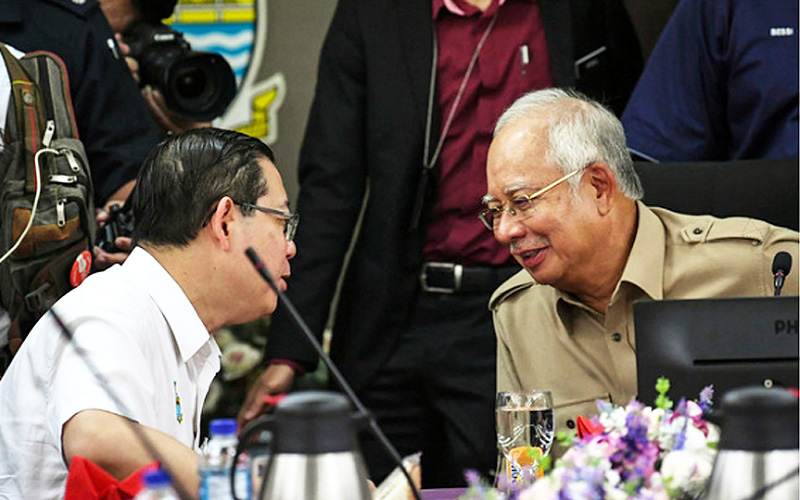 PETALING JAYA: Najib Razak has criticised the police over their decision to question the DAP’s Lim Guan Eng on Christmas Eve, saying it is not proper to do so.

The former prime minister said Lim should instead be called in on the first week of next year.

“Don’t give them ammunition to instigate the rakyat,” he said in a Facebook post, alluding to the opposition.

Earlier today, Lim, who is DAP secretary-general, revealed that police were currently investigating him over two press releases he made in 2019, when he was still finance minister.

“I will likely be seeing the police on Thursday, a Christmas ‘gift’ from the PN government,” he quipped.

Lim also claimed the decision to question him was the “latest act of political persecution by Perikatan Nasional”, where the current government had “weaponised” enforcement agencies against the opposition.
Posted by KTemoc at 5:48 am