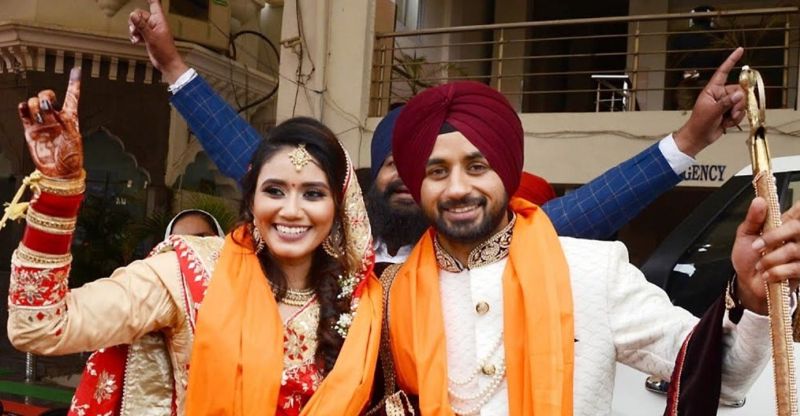 He said the woman has been subjected to trial through social media while all along she has never said that she intends to leave Islam.

“If we are hasty in our decision to pass judgment on her, we will be seen as building a “tall wall” for her to return to Malaysia.

“This will create a barrier for her family in Malaysia as well as herself in India,” said Sultan Ibrahim in a statement issued here today.

He was commenting on the recent uproar by certain parties surrounding the recent marriage of Illi Najwa to India’s hockey captain Manpreet Singh Pawar at a wedding ceremony in Jalandhar, Punjab, after a six-year-long engagement.

The 27-year-old bride’s wedding in Punjab, India caused controversy as her wedding ceremony that was said to be in accordance with Sikh customs went viral.

Sultan Ibrahim advised the woman, who hails from Johor, to seek the blessings of her parents in whatever that she undertakes.

He added that this included not going against the norms set by Islam.

“I am confident that the Johor Islamic Religious Department (JAIJ) and the state’s Mufti Department will give their assistance to the woman in matters relating to her faith within Islam.

“Whatever news we receive regarding the relationships of Muslims must be looked through without prejudice in addition to the need to gracefully accept facts and have good thoughts.

“We need to make sure the news are from verified and correct sources,” said Sultan Ibrahim who did not name Illi Najwa in his statement.

The 62-year-old state monarch also reminded that Islam was a religion based on advise and not one that punishes or penalises its followers.

He said the issue surrounding the woman needs to be approached with wisdom as it involves the relationship between different religions, cultures as well as coming from two different countries.

Yesterday it was reported that Deputy Minister in the Prime Minister's Department (Religious Affairs) Ahmad Marzuk Shaary said the government will ask Illi Najwa, 27, to come forward and explain her religious status.

He said the government is very concerned about the matter and added that Illi Najwa would be called to explain her situation as soon as she returns home from India.

Ahmad Marzuk said so far, the ministry is still waiting for an official decision from JAIJ on Illi Najwa's religious status.

Illi Najwa, the niece of Unity Minister and Johor MP Datuk Halimah Mohamed Sadique, courted controversy when videos of her wedding in Punjab in a Sikh ceremony went viral.

Over the weekend, she posted news of her travelling to India to get married to Manpreet Singh, 28, with videos of her wedding in Punjab during a Sikh ceremony.

Malaysian critics immediately questioned her being given special permission to travel during the movement control order, as well as questioning her status as a Muslim as she was seen taking part in a Sikh religious ceremony.
Posted by KTemoc at 2:58 pm