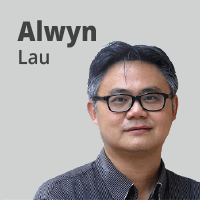 With an approaching Christmas to celebrate the birth of Jesus Christ, Alwyn Lau in MM Online talks about the Virgin Birth of Jesus and her mum Mary the Virgin Mother, and the reasons, if any, for that Christian belief. 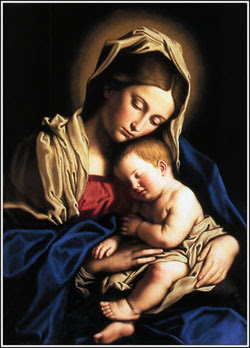 Basically the major part of Christianity believes in Mary being still a virgin when she conceived her first son Yehoshua or Yeshua (otherwise known by his Greek name, Jesus).

Additionally, Mary was also completely blameless from the Original Sin by virtue of the merits of her son. What did/does this mean? Well, Mary, rather than being cleansed after a sin, was completely prevented from contracting Original Sin in view of the foreseen merits of Jesus, to be born as the Savior of the human race. 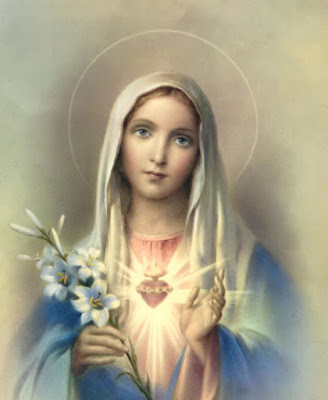 I shall NOT dwell on what 'Original Sin' is in this post, but re the virgin birth, t'was said by the Catholic Church that God 'acted upon Mary' in the first moment of her conception, thus continuing to keep her still 'immaculate'.

I leave the meaning of 'God acting upon Mary' to your own interpretation.

Alwyn teases us with his various thoughts on 'virgin birth', at stages probably infuriating devoted Christians but suffice to say he ended up well with the conciliatory statements as follows: 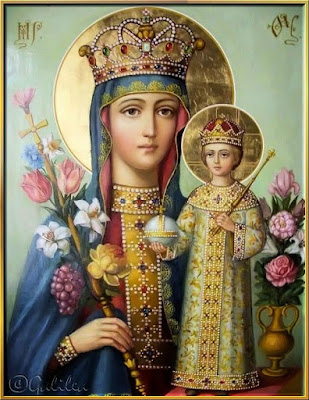 A mind-boggling story like the virgin birth makes perfect sense in a narrative about God saving and re-creating the world.

If God’s rescue project can involve coming to earth as a baby boy, then this same boy being born of a virgin is like special icing on the cake.

Doing something supernatural and super-special sounds like what a creative, all-loving Person would do as a way of announcing that fresh hope is about to begin.

On one of Alwyn's earlier points, he did mention about church leaders probably considering sex being 'gross', wakakaka, to wit, that God (Jesus) and sex don’t mix.

Yes, Alwyn said there's no way the King of Kings and Lord of Lords would have anything to do with salacious stuff like caressing, penetrating, ejaculating, etc.

That's because those church leaders believed (still do) that Godliness and sex don’t fit, and which has been why Jesus had to be born of a woman who hadn’t yet experienced these ooh-so-guilty pleasures.

On testaments of the virgin birth, Christians refer to the New Testament gospels of both Mathew and Luke, where in the former an angel came to Joseph to explain 'stuff' to him, whereupon:

Then Joseph being raised from sleep did as the angel of the Lord had bidden him, and took unto him his wife:

And knew her not till she had brought forth her firstborn son: and he called his name Jesus

'And knew her not till she had brought forth her firstborn son' means that Joseph did NOT have sex with her until Jesus was born.

But in Luke, the revelation was a conversation between Mary and the angel Gabriel. 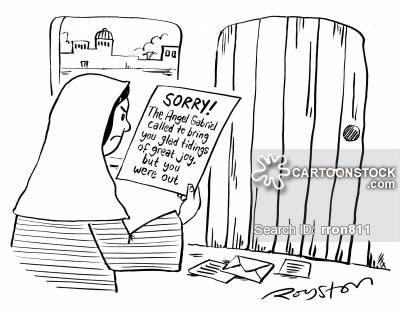 And in that conversation, Mary admitted to her own 'virginity' when she asked:

Then said Mary unto the angel, How shall this be, seeing I know not a man?

And the angel answered and said unto her, The Holy Ghost shall come upon thee, and the power of the Highest shall overshadow thee: therefore also that holy thing which shall be born of thee shall be called the Son of God

But predating the Gospels of Matthew and Luke was that of Mark, which does NOT bear any reference to the 'virgin' birth.

Most biblical researchers hold that Mark's was the first Gospel to be written, sometime around the year 70 CE, and that the Gospel of Matthew and the Gospel of Luke were composed later sometime in the 80 CE or 90 CE.

Based on similar wordings, plus the gospels being in Greek (don't tell us each apostle translated from Aramaic into Greek on his own?), etc etc, biblical scholars believe there were lots of inter dependency in the latter two, especially on writings of Mark, meaning lots of copying.

So how did Matthew and Luke sourced information of the 'virgin birth' if Mark did not touch on that?

What predated(s) all the New Testaments Gospel was the Book of Isaiah in the Old (Hebraic) Testament, which informs us that during the reign of the evil King Jehoahaz of Judah (also known as Ahaz), the prophet Isaiah informs King Ahaz that his enemies will be destroyed before a child born to a young woman in his retinue is old enough "to refuse evil and know good"; this child, he says, will be named Immanuel:

10 Moreover the LORD spake again unto Ahaz, saying,
11 Ask thee a sign of the LORD thy God; ask it either in the depth, or in the height above.

12 But Ahaz said, I will not ask, neither will I tempt the LORD.
13 And he said, Hear ye now, O house of David; Is it a small thing for you to weary men, but will ye weary my God also?

14 Therefore the Lord himself shall give you a sign; Behold, a virgin shall conceive, and bear a son, and shall call his name Immanuel.


That was the first mention of the so-called 'virgin' and her birth to a son whose name was Immanuel - another church name for Jesus. And biblical scholars say that Matthew and Luke borrowed from Isaiah in writing about the 'virgin birth' in their own gospels.


But wait, the spoilsports biblical scholars also generally agree that the Hebrew word used in Isaiah, namely, 'almah', means 'a girl of childbearing age' and not necessary the word 'virgin' which should be 'bethula'.

Biblical scholars pointed out that in other parts of the Book of Isaiah, the prophet used the virgin word, 'bethula', several times but in other context (not about virgin birth).

These show Isaiah knew the difference between 'almah' and 'bethula' and did not make a mistake in the verse Isaiah 7:14, as some Christians claimed (hopefully) Isaiah might have. 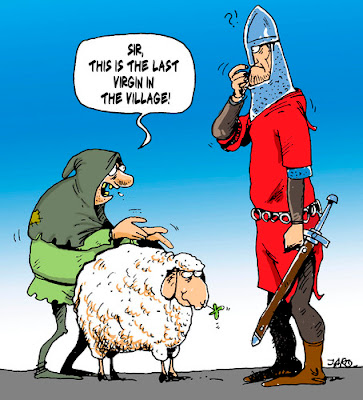 Also, scholars note that Isaiah was talking about his own immediate circumstances in the year 735 BC, not the distant future when Jesus was to be born.

In Isaiah the Immanuel prophecy had an immediate aim, but Matthew used it to 'find' patterns of God's dealings with Israel rather than a single and specific fulfilment.

Thus Isaiah 7:14 was NOT a source of the virgin birth as the Church would like us to believe. In fact the disappointing discovery for the Church was that there was no mention anywhere in the earlier books (Old Testament or in the first Gospel of Mark).

Some biblical scholars said that Matthew and Luke could have been motivated to develop the concept of virgin birth because the Judeans (Jews) at that time, who were enemies of the new following of Yeshua ben Yosef, were mocking Mary as carrying an illegitimate baby, an 'bin Abdullah', so to speak.

As one observer mentioned: Hellenized and Romanized people who created the NT dogma attempted to syncretize their belief in incarnate savior kings born of virgins impregnated by gods.

Hellenized means influenced by Greek culture and beliefs, and Judaea under King Herod the Great, in the time of Jesus' birth around 3 BCE, was very Hellenized.

It could be said about virgin birth that not unlike the Greek hero Perseus who was the son of a 'divine union' [a la The Holy Ghost shall come upon thee] between the No 1 Olympian God Zeus and Princess Danaë, a virgin daughter of a King Acrisius of Argos.


Alwyn also provided us with an ending note saying that:

There’s another view which states that people living two thousand years ago didn’t know how babies were created.

This position has Joseph being so glib about childbirth that when Mary said she was pregnant “through the power of the Holy Spirit” (Matthew 1:18) he was like, yeah, that’s cool, it happens. (Yeah. And cows fly).