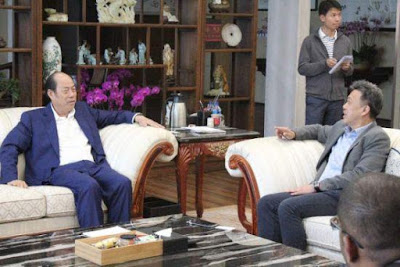 He runs one of the top 10 Chinese property development companies but he began merely as a brick layer. His fortune changed when he began buying up land and developing them. He has always made it compulsory to build schools in his townships – both as a selling point and also because he holds dearly to the importance of education.

“I remember when I was 16, I couldn’t even pay that seven yuan (about RM4) school fees of that year. I had to go back to farming. Thankfully my teacher went to my house to tell my father (a farmer) that I was not bad in my studies,” he said in one news report. Eventually, he received a scholarship to cover the fees with some allowances.

Today, he runs a high school that provides free education for children from poor families all across China. Since its inception in 2002, more than 2,000 have graduated from the school, with almost all entering universities. He also runs two vocational training institutes that provide classes for free.

I have umpteen times written about education being a central pillar of Chinese culture. Today there are still Chinese millionaire-philanthropists though not as many as in my Uncles' days, where you heard of people like the renown Lim Lean Teng in Penang who built and financed Han Chiang High School, now promoted by PM Najib to be a University College.

At its peak it had students from foreign countries such as Thailand, Indonesia, Korea, Japan, China, Hong Kong, Taiwan, Singapore, Brunei, etc, though the first two countries, Thailand and Indonesia, had the most. They were ethnic Chinese who did not have access to the study of Mandarin language in their home nations.

But the Thais also participated in English language schools such as the Methodist Boys' Afternoon School which catered for overseas students.

I had also written about dedicated Chinese school headmasters who would make the effort of seeking out parents of students with very high performances who mysteriously 'dropped out' from school as in my post on The 'rich' char koay teow boy.

On festive occasions such as the Chinese Seventh Moon month-long rituals and the also month-long Tua Peh Kong’s birthday celebrations, their tour of duty would be extended by another 3 to 4 hours, from an early 10:00 am till 2:30 to even 3 am to exploit the custom of the flood of hungry devotees.

Though the Tans increased their revenue during these occasions, fortunately for the health of the two principal workers, these Chinese festivals was each only once a year.

Thus, whenever I read of some ‘far more fortunate’ people in recent times accusing the Chinese of being rich, avaricious and wanting more, I would immediately think of the Tan’s and many hundreds of thousands of Chinese Malaysians like (or even worse than) them who survived by the Churchillan phrase of sheer 'blood, toil, tears and sweat'.

The third member-helper was only required during peak periods (lunch period and evenings during non-festive season). However he was permitted to continue with his primary school education as he was only required in the evenings – the two principal players somehow managed during the short lunchbreak peak period.

But then, during the festive seasons, No 3 had no choice but to play truant to support the business.

Many were the times during the festive seasons (usually) in August and September that the local Chinese primary school headmaster would pay a courtesy visit to Mr & Mrs Tan to persuade them not to involve the laddie and disrupt his education, but alas, to no avail for the simple reason the family’s business and thus survival also depended on his participation.

Chinese folklore has many glorious tales of a poor peasant's son becoming the Emperor’s top mandarin, through the young man’s arduous and brilliant studies. Those historical tales have inspired Chinese society to educate their children well though with the brats of today I wonder, wakakaka.

In Malaya itself (and I am sure there would be equivalent tales in Sarawak and Sabah), legends abound of prominent surgeons, engineers and other notables of society who were children of poor hawkers or coolies, so poor that they had to study by the street lamps or flickering candles during their school days.

Those young lads, hardly in their teens, were also required to work for the family’s survival that it was a wonder how they managed to combine their studies with their apprenticeships as hawkers and labourers. Some even walked for umpteen miles to reach school. But they eventually attained their exalted positions.

That is why education is a very sensitive issue with Chinese Malaysians. That has been why the Chinese in Malaysia have virtually abandoned the national education system which they consider to have dodgy standards.

Chinese parents there have been known to mortgage their houses and worldly possessions to send their children abroad for tertiary education in Australia, New Zealand, UK, Canada, USA, China, India etc. Many have left very comfortable positions and lives to migrate abroad for such educational reasons.

The reasons for seeking university education abroad even though the financial cost threatens their economic position are three-fold – the dodgy standards of local universities, difficulties of getting a scholarship (there’s no HECs in Malaysia), but most significant of all, the very slim chance of even securing a place in a university study of their preference because the government’s affirmative actions have marginalised many Chinese and Indians.

Recently I talked to an Australian university vice-chancellor at a drinking session, yamseng wakakaka. He told me he had just returned from a trip to China to "sell" his university as a great place for Chinese students to study at tertiary level.

After regaling me about promoting his university together with his simultaneous enjoyment of China and its tourist spots, he suddenly looked down and remained silent for a long long while, That did make me wonder whether he might have too much to drink, wakakaka.

He then looked up at me and in a most serious voice said "Kaytee, those Chinese in China - do you know how much they respect, adored and worship education? To them it's a privilege, an honour to become a scholar", which was when I realise that being Chinese I failed to expect a Westerner would be so amazed by Chinese über respectful attitude towards education.

He would probably faint from even mucho admiration if I were to inform him that Chinese parents, like my late mum and late granddad, would thrash the hell out of me if I were to step over a book, any book that was lying on the floor (which I sometimes did to my painful realisation of my gross disrespectful mistake).

Such was/(perhaps still) is the Chinese high respect for learning.

He was so serious and spell-bound by what he discovered that I thought I would lighten the atmosphere by glibly saying, "Well mate, blame it all on that bloke Confucius." 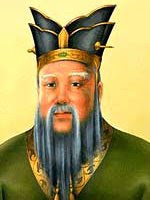 Yes, t'was all Confucian doctrine. Thus, parental and society's support for the education of the young for people steeped in Confucian doctrines, ie. people of the Far East like the Chinese (including Taiwan, HK and Macau), Koreans, Japanese and Vietnamese, take their children’s education very very seriously.

A TV documentary informed us that in Korea, during high school or college examination days, government and commercial offices reschedule and stagger their business hours so that morning traffic would be decently light in order not to delay the aspiring scholars when they travel in their cars or taxis to the examination halls.

Meanwhile in China, the authority has taken the precautions one step further, by considering the feng shui aspects of the very important examination days.

During the day prior to school and college examination days, taxi companies in Shanghai would recall all taxis with the number ‘4’ on their licence plates so that the budding scholars won’t be hexed with the ‘shi’ (or in Cantonese ‘sei’) word, wakakaka.

That's because the word sounds like ‘death’ in Mandarin, Cantonese, Hokkien and Japanese, and ‘loser’ in the Shanghai language.


No sirree, nothing must be left to chance to affect the examinees’ prospects, not even a word pun which could invoke bad feng shui.

And don't forget we are talking about China, a communist ruled country, viewing and considering Confucian doctrines on education and feng shui seriously during school & college examination days.

But hey ho, we Malaysians don't worry about such silly stuff because tens of thousands, if not hundreds of thousands of our school students could easily attain 17 A's in their final school examinations.

I'm ashamed to say in my days I attempted only 9 subjects and that was already a humongous struggle for poor me. 17 subjects? No way lah. But we Malaysians, that is excluding kaytee, are f**king smart lah!