My uncles recommend that every non-Malay should read The naked truth on why non-Malays don’t join Armed Forces in which Patriot president Mohd Arshad Raji of the National Patriot Association said the affirmative action policy, the armed forces becoming too Islam-centred, and non-deserving junior officers getting promoted are among reasons why non-Malays keep away. 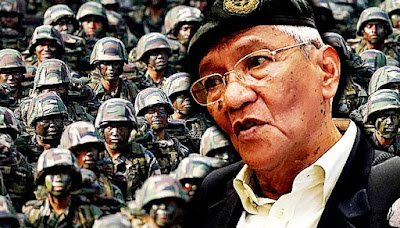 I have oft said that military officers are apolitical or non-political and quote the FMT report on what Brig General (retd) Mohd Said said:

... from the 1960s until the late 70s, non-Malay Armed Forces personnel comprised about 30% of the total manpower. The Navy and Air Force had a higher percentage. Over the years, this figure gradually dropped to around 5% at present.

He said one reason non-Muslims shied away from joining was because there was now a distinctive division along ethnic lines in the armed forces.

Saying the government’s affirmative action policies of the 1980s had seeped into the military administration, Arshad said “strange sayings like ‘orang kita’ had crept into the minds of military commanders”.

“Slowly and surely, the commanders saw some of those under their command as half-brothers or stepsons, unlike all as equal previously. Individuals were not made to feel important and desired. Instead, a feeling as an ‘outsider’ made many feel unwelcome. Thus began an era of individualistic and selfish attitude and behavior among those in the military.”

While many generals were sympathetic and caring towards everyone under their care, the little Napoleons in the ministry of defence – the civil servants with authority – made policies pertaining to promotion and enforced an unwritten regulation and a quota system regarding non-Malays.

Thanks to the Administration in the 1980's we became a divided nation, even among previously apolitical military people.

Let me tell you an uncle-story. One of my army uncles had a number of mateys in the air force. One of them for years flew PM Mahathir in the air force VVIP jet. Thus he could be said to be Mahathir's personal (air force) pilot. Mahathir occasionally nodded to or greeted him cordially but that was that. The bloke doubted Mahathir even knew his name other than 'pilot' or 'captain'.

When that Unc's matey left the VVIP Flight and a rather handsome and capable Malay took over as VVIP pilot, that Malay pilot was feted by Mahathir in the jet plane on his (the pilot's) birthday, even with a birthday cake etc, of course before the aeroplane took off, wakakaka. 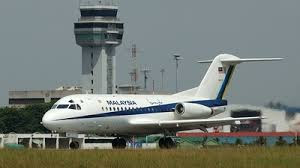 The air force or at least the VVIP Flight knew Mahthir's treatment of him was known to be very very friendly and definitely far far friendlier than what my Unc's matey had enjoyed as a VVIP pilot to Mahathir for several years. And the new bloke had just flown Mahathir for less than a year.

What would one make of that other than indulge in mere speculations, suspicions and perhaps even a tinge of envy.

Or could one fall on Brig Jen Arshad's words that ... the government’s affirmative action policies of the 1980s had seeped into the military administration, Arshad said “strange sayings like ‘orang kita’ had crept into the minds of military commanders”.

Thus began the division between "orang kita" and "orang lain lain" otherwise known as "nons".
Posted by KTemoc at 3:28 pm