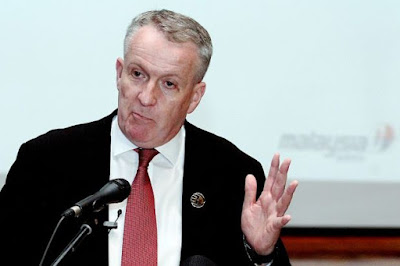 In October Ryanair hired back its former director of flight operations, Peter Bellew, after just over a year as CEO at Malaysia Airlines, to lead a "significant transformation in the way we reward and interact with our pilots."

In a meeting with pilots in London in mid-December, Bellew conceded the airline had lost pilots' trust, according to a recording of the meeting reported in Irish media on Tuesday and heard by Reuters.

The airline's administrative staff appeared determined to give pilots a hard time, he said.

"With the anger there is around the place, if we don't manage to turn that around, we're going to lose more people, so we need to change that," Bellew said.

Guess we now know why Peter resigned suddenly to rush back to Ireland - he has been tasked to put out a raging fire in Ryanair, wakakaka. 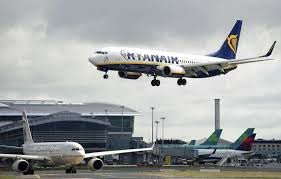 The problem in Ryanair is NOT uncommon as that has happened from time to time when top administrative management forgets what the business is.

For example, a shoe-shop management gives its salesmen a hard time, denying everything they have reasonably asked, and makes those salesmen work to such an extent they feel they no longer want to, including slashing off their salaries as advised by the bean counters, wakakaka.

Guess what will happen to the sales of shoes?

Selling shoes is the BUSINESS and without such sales, not only will the salesmen be deprived of a job, so will the management and accountants too.

Thus the same story applies to Ryanair, where the pilots criticised a "toxic" culture that included making them pay for uniforms, training and snacks on planes, being treated by management like janitors and being over-worked unreasonably.

Peter Bellew informed us that the airline's administrative staff appeared determined to give pilots a hard time. The unfortunate thing for hard-headed Chief Executive Michael O'Leary was he thought he could crush the pilots' balls, but alas, the 4,400 pilots banded together (via WhatsApp etc) to coordinate a massive 'down tools' threat. They crushed his balls instead.

In a company it's important to be efficient but that's bloody useless when it doesn't produce effectiveness. Both effectiveness and efficiency are important but push comes to shove, it's effectiveness that brings home the bacon. 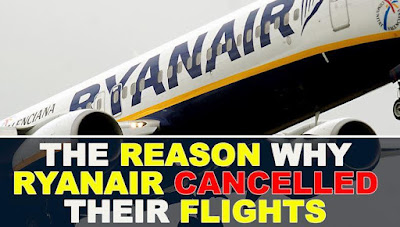 Peter Bellew now has to douse that fire in Ryanair.

Some years ago a slightly different scenario occurred to a local well-known airline in South-East Asia, wakakaka.

The airline was so engrossed with treating their passengers like emperors. There was nothing wrong with that except the management told the "cabin crew" (as distinct from the pilots who were/are "cockpit crew") to put the passengers ahead of every consideration even to ignoring the cockpit crew, to wit, the command of the captain of the aircraft.

Like the legal powers of a ship captain when on board his ship, the captain of the aircraft is the law on board and his every instructions must be obeyed or else, unless of course there is clear evidence it is unsafe or affects the safe flight of the plane.

p/s I am not sure whether an aircraft captain's instruction to "pray" is not to be challenged, wakakaka.

One day the Chief Purser (the boss of the cabin crew) in his enthusiasm about his own cabin powers (to look after the passengers) forgot the authority of the aircraft captain and reacted to the captain's command in a rather insubordinate manner.

Story was he said words to the effect that the aircraft cabin was solely his to control, and the captain should butt out. I have to admit I'm a bit hazy about the details here but basically he behaved in a rather insubordinate manner, wakakaka.

To cut the tale short, shit happened, lots of brouhaha, HQ was immediately informed, and that airline had to swiftly revise its management instructions to the cabin crew, and to remind them of the ultimate authority of the aircraft captain, wakakaka. And lil' Napoleon was chastised appropriately, wakakaka.

No pilot, no flight and the result no airline, no management, no cabin crew. 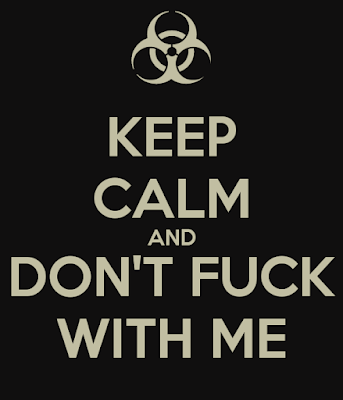 There are yet many more stories, but I'll stop here, wakakaka.

Mind, not every pilot strike (or threat of strike) succeeds because the circumstances must be gnam gnam. In Oz I saw one failed badly. But the one in Ryanair just has succeeded - congratulations and cheers to the pilots. 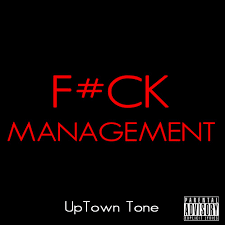