DAP central executive committee member Ronnie Liu said that he, Lim and the other members had gathered at the Dang Wangi police station here after making a report to show solidarity with Zaid, who is also a DAP member.

“I personally think he used his right to speak out as a Malaysian, and to me he has no intention to run down anybody,” he said, adding that Zaid was defending Pakatan Harapan chairman Dr Mahathir Mohamad. [...]

On Friday, the Red Shirts leader, armed with a sledgehammer and a cutout of Zaid, said people in Selangor had lost patience over the fact that no action had been taken against the DAP politician.

He had then threatened to “hammer” the former minister’s head if no action was taken against him for his criticism of the Selangor sultan, prompting Zaid to tweet that he would seek to meet with Deputy Prime Minister Zahid Hamidi, who is also home minister, as soon as possible over “his safety and that of his family”. [...]

... Lim, who is also a lawyer, said Jamal’s statement was a clear threat and insult.

“I handled a case where a businessman was accused of insulting the prime minister and wife by holding a Chinese placard saying ‘chicken and hippo go to hell”.

“If that warrants a criminal charge, what more about Jamal?” he asked.

Lim said Zaid had told him that he did not lodge any police report against the controversial Umno leader.

It was earlier reported that Selangor DAP chairman Tony Pua had distanced himself from Zaid’s controversy, saying members were free to express their opinions but they should also be prepared to deal with the repercussions.

Good old Ronnie Liu - you can rely on this salt-of-the-earth bloke, and likewise with Lim Lip Eng.

Penangites would say in Hokkien that they have 'gee k'ee', meaning loyalty of brotherhood, sadly a sterling quality somewhat missing among DAP Young Turks (if you know who, wakakaka), as was evident recently when a former benefactor was rudely and arrogantly dismissed as a 'nobody'. 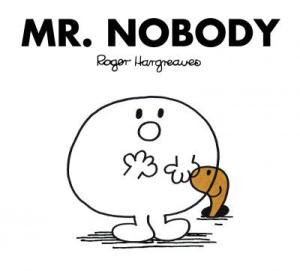 By the by, are members of a political party, especially the DAP, really free to express their opinions?

Hasn't that been f* careless tok-kok with a pair of Pontius Pilate 'hygienic hands'? 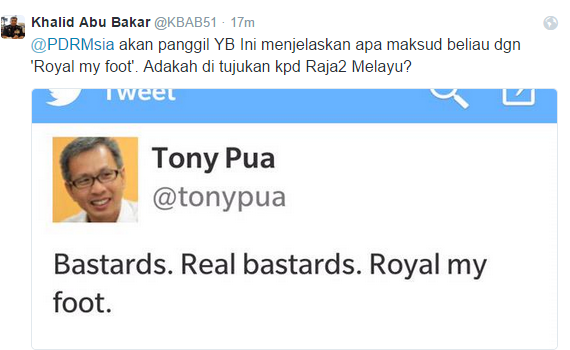 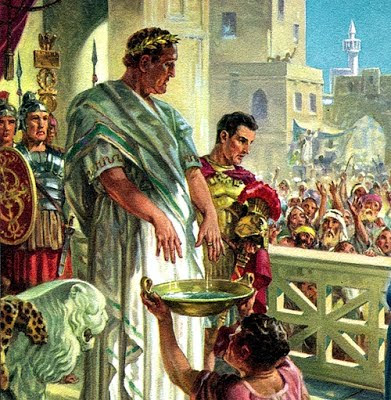 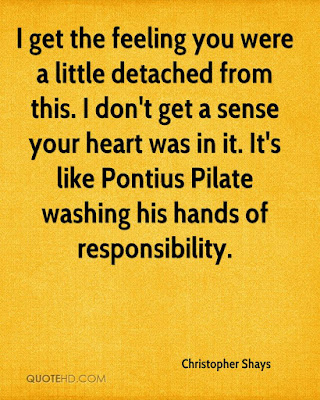 Such nonsense are liable to misled some hot-heads into making seditious insults, especially for Chinese DAP members or even younger Malay DAP members like Dyana Sofya?