Further to my post yesterday that PAS has lost Chinese support forevermore, (you know what) I feel even more insulted on reading Malaysiakini's news that PAS protested against the news of Hadi's 'Muslim-only cabinet' rule in that the PAS president's ruling was not absolute.

PAS has refuted reports which cited its president Abdul Hadi Awang stating that only Malay-Muslims can join the cabinet.

Party information chief Nasrudin Hassan said what Hadi meant in his statement, which was issued on Dec 22, was that some cabinet positions must be reserved for Malay-Muslims.

According to Nasrudin, this meant Hadi's policy only applied to some ministries.

"Here, Hadi's message clearly states that Islam is very open to non-Muslims for wizarah al-tanfidz ministries…unlike other political systems, which only accept those with the same ideology," he said.

What are we nons lacking in that we can't be in the policy making ministries?

Show me one Islamic nation, those without humongous oil resources, which has done well compared to Malaysia.

Our nation has over its 70 years of self-rule has been blessed and has benefited enormously from the contributions of its multi-racial society and multiracial ministers, despite gross mismanagement, errors after errors, and profligate wastage by some.

In fact, dealing with those wastage and gross mismanagement showed the resilience of our competency, skill and ability to manage crisis after crisis.

Hadi Awang should stop his religio-racist efforts to turn Malaysia into a MORE divided society of Muslims and Dhimmis.

And I wouldn't put it beyond Hadi Awang that one day he'll impose jizya tax on nons as his next policy. 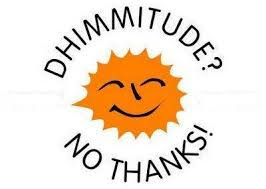