The above statistics have been true up to April this year.

The first top 4 each supply approximately 10% of the world's requirements.

Malaysia produces 412,720 metric tons per year, about less than a fifth of above top countries like Costa Rica and our neighbour Philippines and Thailand.

And now we read in The Star Online that China pines for Malaysian pineapples (clever pun by Star reporter Yee Xiang Yun) that apart from the Gua Musang King durians, the Chinese (the ones in China, that is, wakakaka) are also crazy for Malaysia’s fresh MD2 type pineapples. 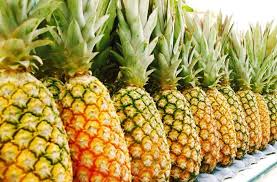 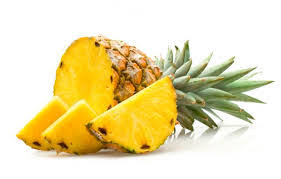 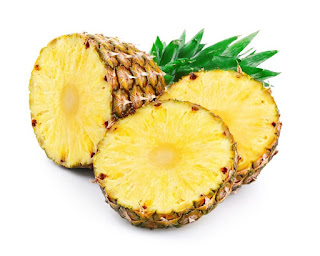 It seems those fruits-crazy Chinese (the ones in China, wakakaka) want about 100 tonnes each week but Malaysia was only able to provide about 60 tonnes.

When I was a kid I studied that Malaysia was No 2 globally in pineapple production and second only to the USA (Hawaii). It seems now that both Malaysia and the USA have disappeared from the list of top 10 pineapple-producers.

Pineapples are popular with Chinese, especially in Penang, during Chinese New Year as the word 'pineapple' in Penang Hokkien is 'Ong-Lai' which sounds like 'Prosperity-Comes', a good pun for luck.

Hence one will see a pineapple or pineapples as votive offering to Shen (Chinese native or folk religion gods) and ancestors during worship. 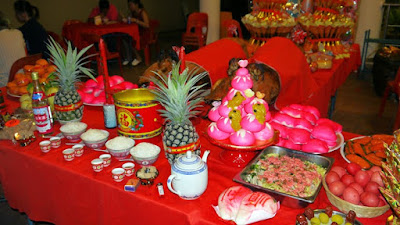 In recent times (in fact early this year), I notice that Chinese, in particular Cantonese, cut a fresh pineapples at their ancestors' tombs during Qing Ming, placing the decapitated crown on top of the tombstone and the skins cast widely over the grave.

This must be a recent modernised improvisation of the 'Ong-Lai' pun as the ritual did not exist during my kiddy days, or at least in Penang which were chiefly populated by Hokkiens and Teochoews.