To many, a sacred, scary or sensitive word, or all 3.

By the by, as an atheist I of course don't believe in one. Thus I'm not being blasphemous (no blasphemy in atheism) when I toy around with the 3-letter word 'god'. I note that if I flip its spelling around I would surprising get the word 'dog'. 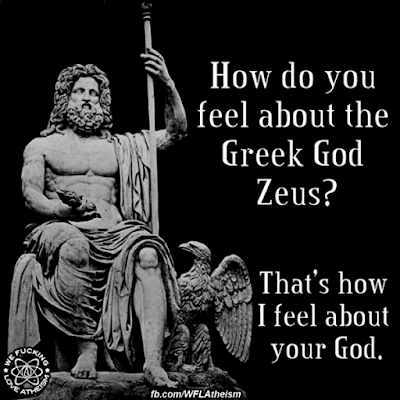 Dog. A lovable man's 'best friend' or a detestable 'unclean' creature or in a number of countries, a creature with delicious meat. Yet in the English spelling, it's virtually the 'flip-side' of god.

I don't propose to dwell on the amazing qualities of dog and its beneficial abilities to mankind in almost every respect, from guard to guide dog, from tracker to rescuer to companion, etc. But Muslims in Malaysia (of the Shaf'ie school of Islamic jurisprudence) in general not only consider dogs as unclean but some have taken 'extraordinary' measures to marginalise the poor creatures which are loved by non-Muslims. 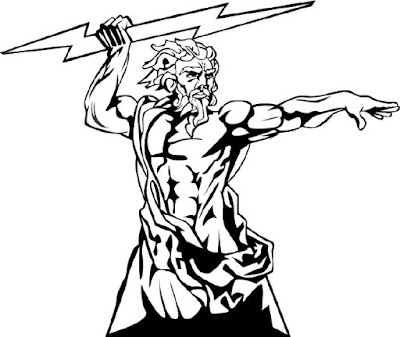 June Wong, a regular columnist at the Star Online, related an example: Local councils have also made it harder for houseowners to keep dogs, especially in Muslim-majority neighbourhoods. My niece and her husband did all they could to meet the requirements and ensured their Pomeranian did not bother their neighbours when they moved in. But the pressure, at first subtle and finally openly hostile, forced them to give their beloved pet away.

June worries about the Muslims' detestation for dogs, so much so that she fears such revulsion and the Chinese effort to accommodate their abhorrence of canines will affect Chinese celebrations of the coming new lunar year, for that happens to be the new year of the Dog. 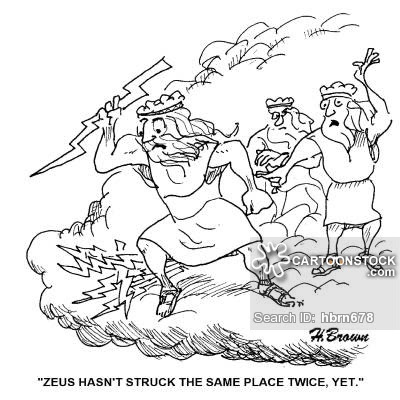 For example, June tells us those in marketing, are now cautious of designing company’s Chinese New Year ang pow packet which in the past incorporated the incoming animal into the company's design, where they had previously featured the horse, goat, monkey, rooster, etc. But she has been told there is unofficial word by many not to feature the dog for 2018. 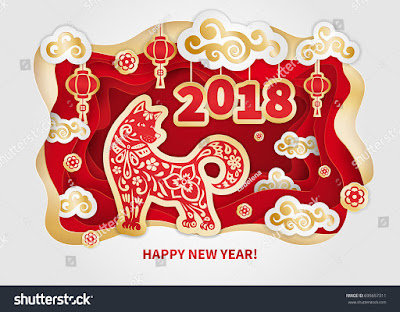 We see the increasing detestation of dogs in recent years to an extent that we witnessed the ludicrous Aunt Anne's doggie issue, which caused Ministers to criticise JAKIM's overreach in a moronic demand for the hot dog fast-food chain to rename its signature food. 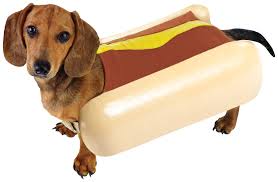 In July this year JAKIM again in the very person of its Director-General outrageously, persecutorially and blasphemously denounced a Muslim woman for owning a pet dog, and ordered her to repent for her so-called 'sin'. 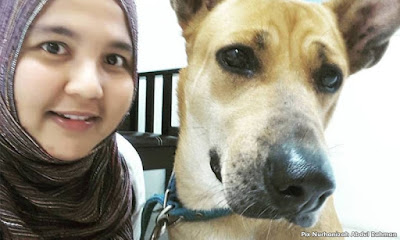 For a start the DG of JAKIM did not have any divine authority to decide what is a 'sin'. Secondly, he does not also have any state authority to issue a fatwa on any so-called 'sin'. Thirdly, he lied about the so-called 'sin' which many Muslims including Muslim preacher Wan Ji Wan Hussin proved was/is not a sin.

Wan Ji said that there is no part of the Quran or hadith which says that it is 'haram' (forbidden) for Muslims to touch dogs.

It's obvious Jakim D-G Othman Mustapha should be punished kau kau for the blasphemous sins of: 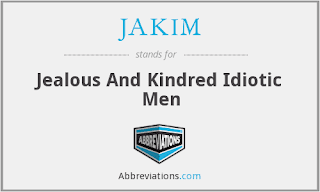 (i) issuing fake fatwa when he has no authority to do so,

(ii) for interfering in the jurisdiction of the mufti and religious councils,

(iii) worst of all, for blasphemously putting his syiok-sendiri words into the divine mouth of Allah swt.

I recommend 100 lashes of flogging to be executed by Siti Kasim, wakakaka. 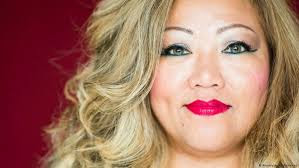 JAKIM and a couple of its states' kin (JAWI, JAIS) have been notoriously and shamefully disgraceful to Islam. Really, to protect the good name of Islam, both JAKIM and JAWI should be shut down while JAIS is the prerogative of HRH Selangor.

HM Sultan Johor and Zaid Ibrahim have both questioned the ridiculous annual budget of JAKIM at RM1 Billion when what it significant did was to warn a woman against keeping dog (illegally and blasphemously at that too).

Alas, come what may, next Chinese Year will be that of the Earth Dog, where the animal is No 11th in the Chinese pantheon of 12 while the element is Earth. Of the 12 animals in the Chinese astrological calendar, the dog is the MOST loyal.

Recently in South Korea, a dog refused to leave its owner for 2 weeks even after she died alone in the house. Police on investigating the place following complaints by neighbours of a terrible smell emanating from the house found 'Rover' still besides the decomposing corpse which by the way was NOT tampered in the least by the starving dog. 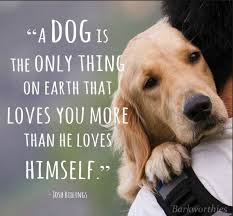 The poor creature had not feed itself for that 2 weeks, making police wonder how it survived without food or partaking of the flesh of the corpse as it kept vigil over its late owner's body.

But what happens after the Lunar Year of the Dog in February 2018?

In the year 2019, the No 12th animal of the Chinese astrological calendar that reigns is the pig, which Muslims abhor even more than the canine. 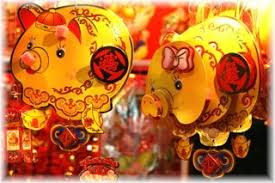 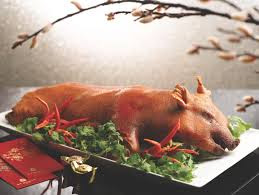 June Wong believes that the Malay word 'babi' is so horrible to today's Muslims that they prefer to refer to Porky or Petunia as 'khinzir'. 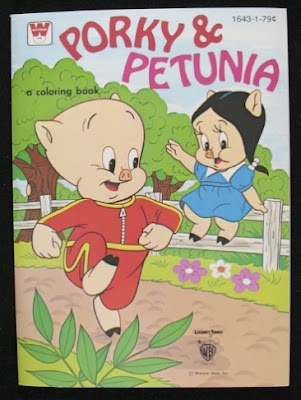 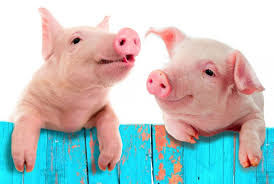 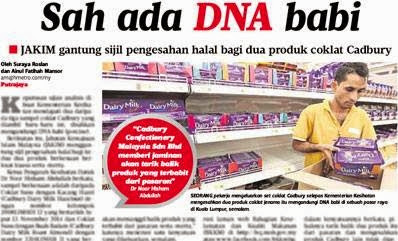 I personally believe it's not so much Malays avoiding mention of the 'babi' word than preferring to talk a la 'sophisticated, cultured or ultra-religious' by using an Arabic word.

But I wonder why God instructed Noah to take the pigs and dogs on board the Ark? 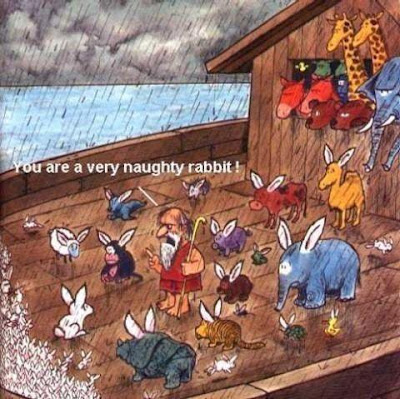 If the dogs and pigs were/are unclean, God should have left them to disappear like the unicorns, dragons, and phoenixes, etc.

But as Christians will tell you, God works in mysterious ways, wakakaka. 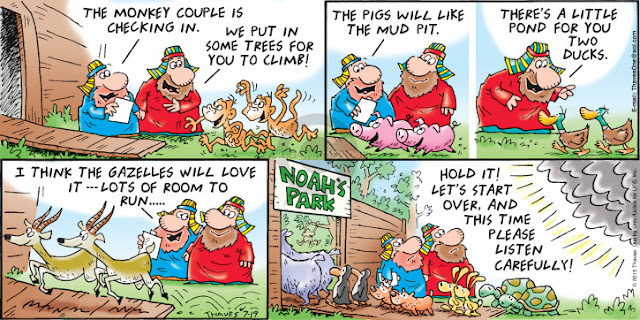