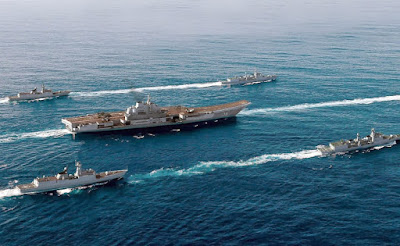 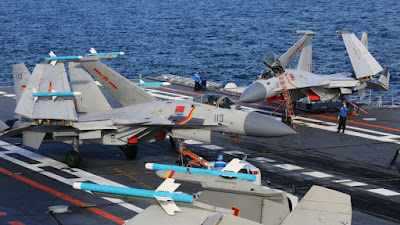 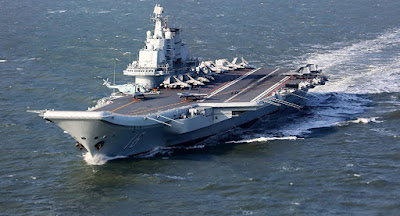 Tsai has warned against what she called China's military expansion – the increase in air and naval drills around the island since she took office in May 2016.


The aircraft carrier – a second-hand Soviet-built ship – caused a stir in Taiwan when it first entered the strait in January last year in what was seen as a show of strength by Beijing.

It returned in January this year.

"We are monitoring the whole process of the Liaoning's cross-region drill," Defence Minister Yeh De-fa told Parliament today when asked to comment on its latest moves.

The defence ministry said in a statement that it sent aircraft and vessels to conduct surveillance. "No unusual activities have been spotted and we urge the public to rest assured," it said. – AFP, March 21, 2018.

Before our two China "experts" (CK and HY) start yelling at each other (while looes74 fellates each of them, wakakaka), this post is NOT about the two China's.

Please note again what Taiwan's Defence Ministry said, to wit: "No unusual activities have been spotted and we urge the public to rest assured."

Rest assured - such a nice relief from the usual Malaysian exhortation for the public to "remain calm".

Yes, believe it or not, the word 'calm' as in 'remain calm' or 'keep calm' or 'WhateverTF calm' really annoys me. It's my lexicon bêtes noire (bugbear). I get highly riled whenever I read of the word within a certain context - no, not as in 'a calm sea' or 'the calm before the storm' etc.

The annoying 'certain' context would be when (and regrettably just too often) we have politicians or so-called national leaders (from both sides of the political fence) advising us to 'remain calm', even in situations which didn't trouble us in the least. 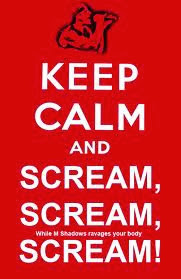 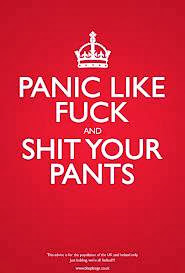 Thus such advice would be useless and worse, rather patronising, as if we are budak-budak kecil to be calmed ... f**k, I mean ... soothed. 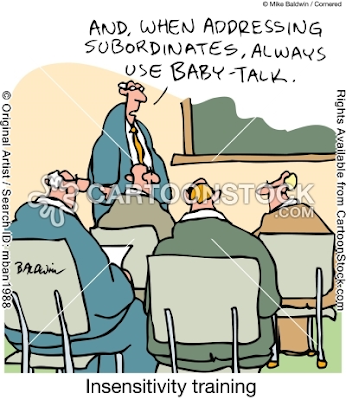