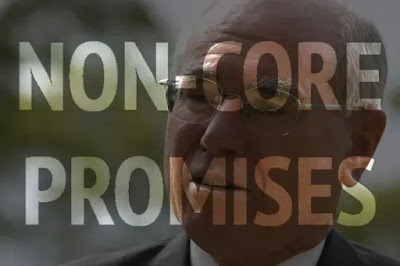 GST is bad because poor implementation has caused prices to escalate beyond the 6% GST rate. To maintain stability, just keep the GST but with a reduced rate, and for goodness’ sake don’t reintroduce the SST. It is going to be ugly if SST is reintroduced.

I understand abolishing GST is already a part of PH’s manifesto. Don’t worry; it can rethink this manifesto if it wins the election.

I love such lateral belakang pusing thinking, that a political party manifesto can be "re-thought" as required after that party has won the election. 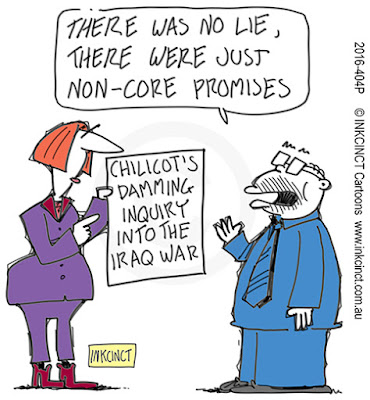 Does that mean Mahathir can "rethink" his promise to get a pardon for Anwar, which BTW may take two to three years, while the pardon he obtained for ex-MB Selangor Harun Idris took only a fraction of that time?

What else in the manifesto can be "re-thought"?

An election promise that you have gone back on after the election is over. It is important not to define what promises are core and what are non-core before the election itself.

When it was pointed out that he had promised not to cut spending on these areas as part of his election platform and that he had lied, he claimed that these were "non-core promises". 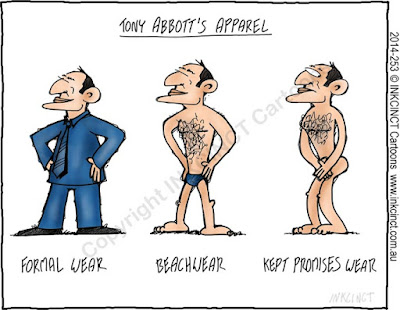 HARDCORE NON-CORE PROMISES
This one’s a doozy: core and non-core promises. It’s the get-out-of-jail-free card that has now become part of the political lexicon.

Here’s how it worked. When Liberal Prime Minister John Howard won office in 1996 he promised to retain many of the social policies of the Keating Government that he had vanquished.

Howard’s first horror budget — which analysts say Treasurer Joe Hockey will emulate when he hands down his first budget next week — cut funding to higher education, labour market programs and the ABC, despite a promise not to.

Howard justified this by saying he would keep his “core” promises, sidestepping criticism by implying that the rest of his commitments were “non-core” and didn’t count.