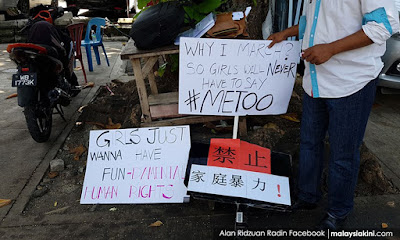 What happened in Kuala Lumpur after the Women’s March is exactly why conversations about gender equality continue, even in 2018.

While a group of men snatched their placards, the abuse ranged from fat shaming, transphobic comments to threats, according to reports.

A group of NGOs also lodged a police report just because a few women held placards calling for LGBT rights.

Such attacks against the rally participants and the continued demonising of the LGBT community are not acceptable.

Therefore, it’s no surprise that at a recently-concluded meeting in Geneva, the committee that monitors implementation of the Convention on the Elimination of All Forms of Discrimination (Cedaw) that Malaysia has ratified, observed that we are yet to implement many concluding recommendations since 2006. 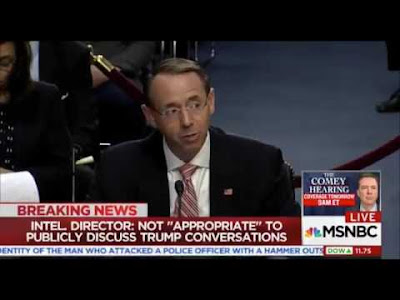 Some men cannot accept equality for women or women as equals. I once knew such a macho man who invited me to his house for dinner. I knew the wife because I was the culprit who introduced her to that man. We had all grew up together as kampung mateys.

During dinner he did something I thought was far too macho, self-centred and aggressive. I wasn't sure whether he did it to impress me or it was his normal behaviour. Subsequently the sisters of that man told me he was always like so.

Yes, during dinner, after he had finished his plate of rice (with curry and other goodies which the kind wife cooked for us), he glared at the wife and snarled at her, saying (in Penang Hokkien of course):

"Are you blind? Can't you see my plate is empty?", implying he needed a re-fill.

Needless to say, I immediately lost my appetite at such aggression and disrespect towards his wife, and in front of me.

I wasn't surprised some several years later they divorced though he kept harassing her even after the legal separation, once even provoking their eldest son with an evil lie for him to slap the mother. I have to say I feel ashamed, even until today, that I had introduced her to him.

Yes, there are even worse males in Malaysia than that man. They can't accept women as equals and treat the ladies with respect if not love.

Thus I am not surprised too that during the Women's Rally in KL to celebrate International Day, there would be some men behaving in ill-mannered fashion as trouble-makers, snatching away the women's placards, and abusing-threatening the ladies. 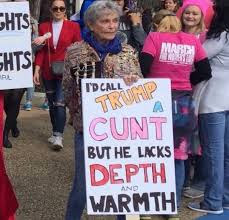